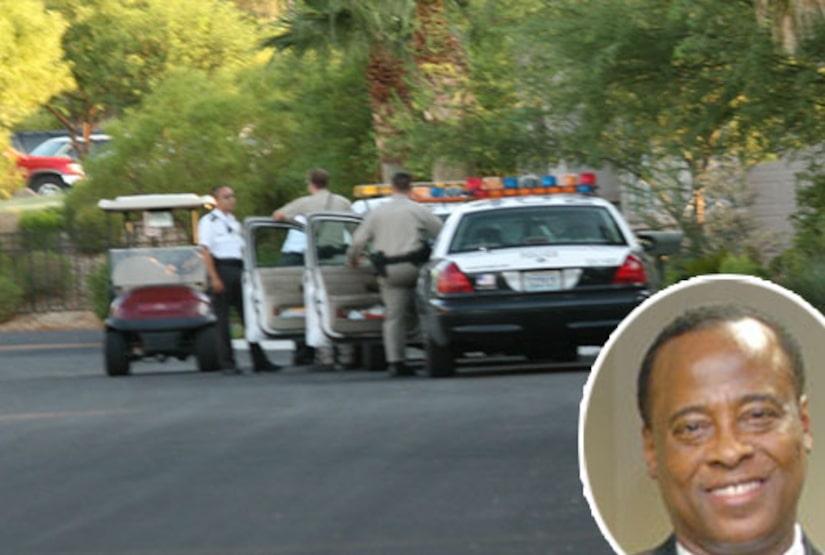 FOX News reports DEA agents, LAPD and Las Vegas Police are executing a search warrant on Dr. Conrad Murray's residence. Murray has been identified in court documents as the focus of a manslaughter investigation.

Murray's lawyer, Edward Chernoff, released a statement confirming the search, saying, "We can verify that at approximately 8am, officers from DEA, LAPD and various local agencies began executing a search warrant at Dr. Conrad Murray's Las Vegas home and office. The search warrant authorized investigators to look for medical records relating to Michael Jackson and all of his reported aliases. Dr Murray was present during the search of his home and assisted the officers. Investigators left Dr. Murray's home around 12 noon, seizing cell phones and a computer hard drive. As of 2pm, the search at Dr. Murray's office continues."

On Monday, it was reported Murray administered the powerful anesthetic Propofol to Jackson the night before he died.

Chernoff has said the doctor "didn't prescribe or administer anything that should have killed Michael Jackson."