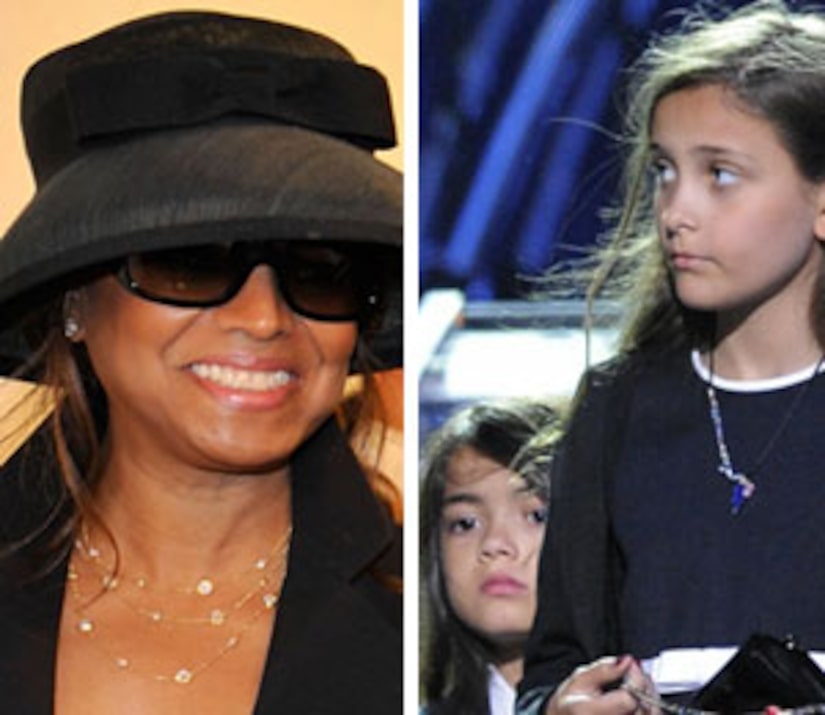 Rumor has it that if Katherine Jackson is granted permanent custody of Michael's children, the brood could be raised by her eldest -- and very private -- daughter Rebbie.

According to TMZ, Rebbie, a 59-year-old mother of three, would step in to raise Prince Michael, Paris and Blanket if Katherine is granted permanent custody. As of now, Katherine is temporary guardian of Jackson's children. Rebbie has three grown children -- all singers. She has been married to her high school sweetheart, Nathaniel Brown, for over forty years.

Leonard Rowe, a Jackson family friend, told CBS that either Rebbie or Katherine would be an ideal guardian for the children. "It wouldn't surprise me at all for Rebbie to assist her [Katherine] in caring for the kids."