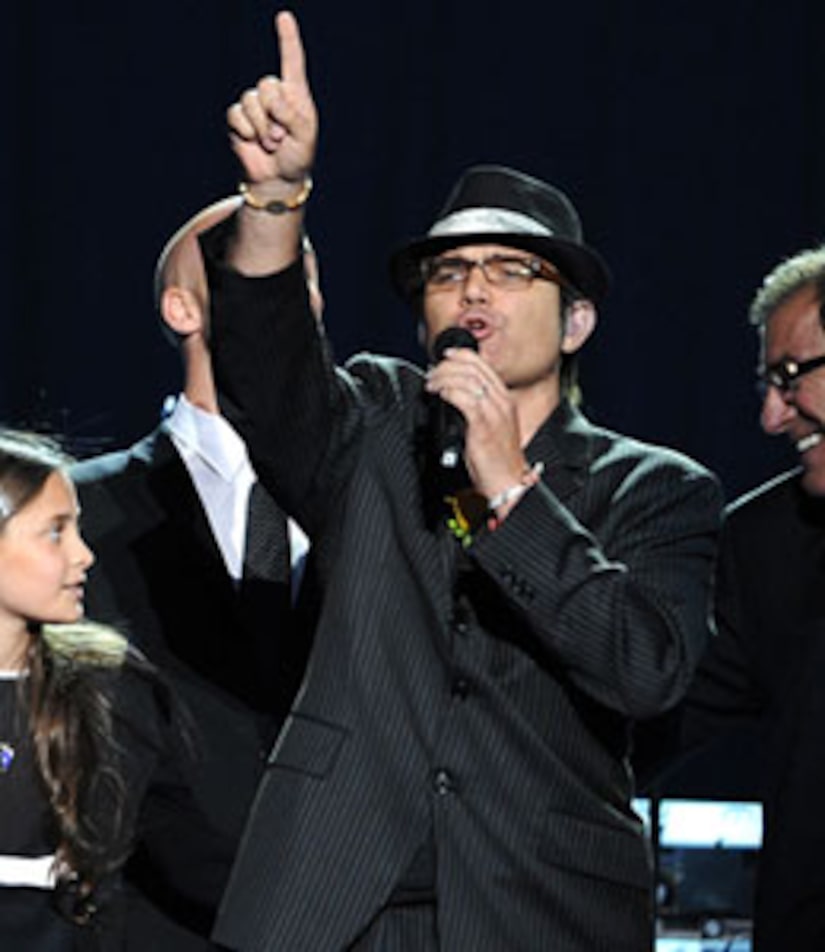 Michael Jackson's backup singers rehearsed with the pop icon just twelve hours before his death -- and they're opening up to "Extra" about their intimate memories of the late King of Pop.

One of the singers, Dorian Holley, tells "Extra" that this tour was unlike Jackson's previous ones. "This time was different. He wasn't with his brothers this time. He was on his own. Everyone felt like Michael was more invested and involved in it. After working with him for 22 years, I felt like I really got to know him. He assembled a band and a crew where he would feel comfortable and he was... And you felt him loosening up and just kind of digging being around people."

Judith Hill, another singer, tells "Extra" that everyone could feel Michael's energy as he performed. "When he stepped onto the stage, it was amazing.

Holley, along with Ken Stacey and Darryl Phinessee, remembers the moment he found out about Jackson's death. "My wife and I were having lunch and I took it very lightly. As the afternoon went by it seemed worse, but I was saying to myself, 'It's going to get better.' But it was very tough."

Stacey reveals, "I got a text from a PA and I got a call from a close family friend asking if I heard the news. I wasn't going to take it that seriously and it was a nightmare. We all poured so much of our heart and soul into this and seeing it all go away was surreal. MJ was never a person who would leave us."

Darryl says, "We finished at midnight the day before he died and I got a call saying he was going to the hospital... he's such a sweet person. Always thanking the people he was around. I still don't know how to articulate about how I feel about it."

Hill, one of Michael's newer backup singers, recalled having butterflies in her stomach on her first day. "I was nervous about Michael coming, but once he was there, I felt better and we started to sing and it was such a magical experience... it was an honor. I couldn't have asked for anything better. He's so sweet."