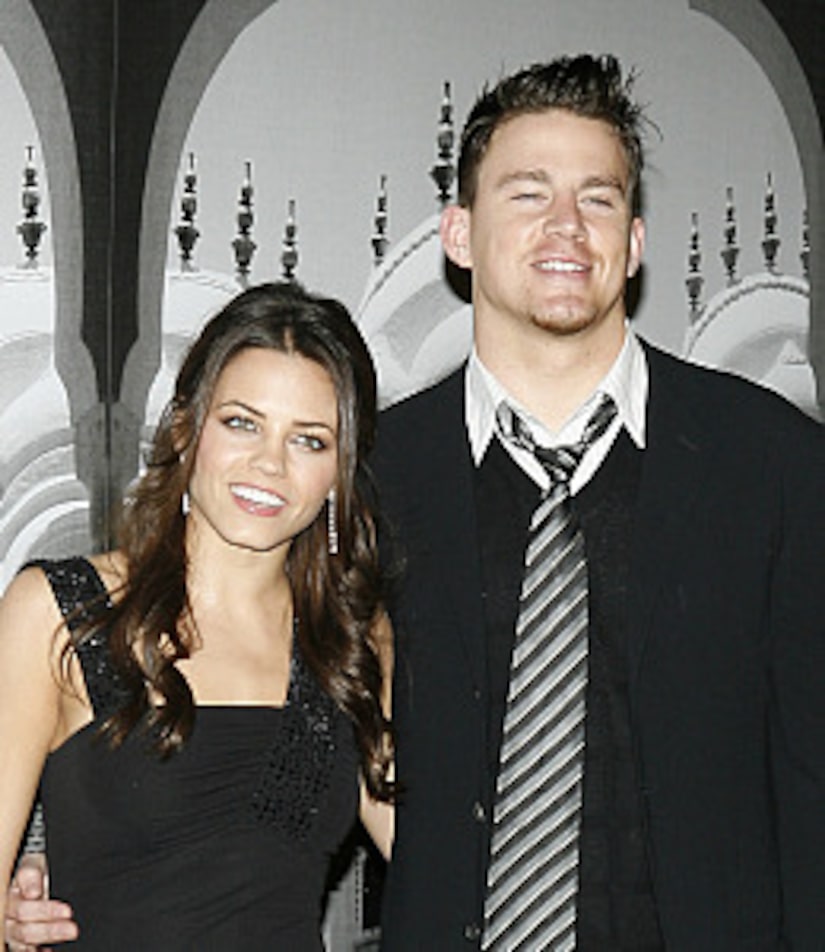 According to Us Weekly, Tatum and Dewan were married in a short ceremony on the grounds of Church Estates Vineyards, in front of approximately 200 friends and family.

A source tells the magazine that Jenna's maid of honor was "Entourage" star Emmanuelle Chriqui, and actress Haylie Duff was among the bridesmaids -- all decked out in light pink dresses.

Jenna, wearing a strapless dress with a sweetheart neckline, said "I do" with Tatum, wearing a black suit, under a rose-covered altar.

Dewan, 28, and Tatum, 29, have been dating since meeting on the set of the dance flick "Step Up" in 2006. The couple announced their engagement last September.