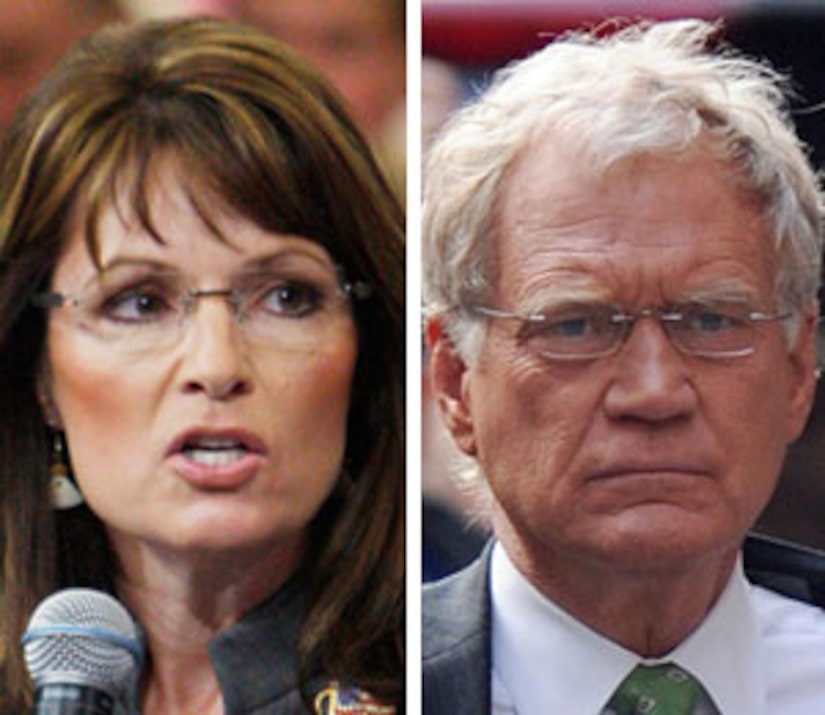 Alaska Governor Sarah Palin picked a fight with David Letterman after he made jokes about Yankees stud Alex Rodriguez "knocking up" her daughter.

On Wednesday, Dave announced on his show that his jokes on the Palin family were "unpleasant" and "ugly" and said he would love to have the Governor as a guest on "Late Night." Palin's camp responded with a statement saying, "The Palins have no intention of providing a ratings boost for David Letterman by appearing on his show."