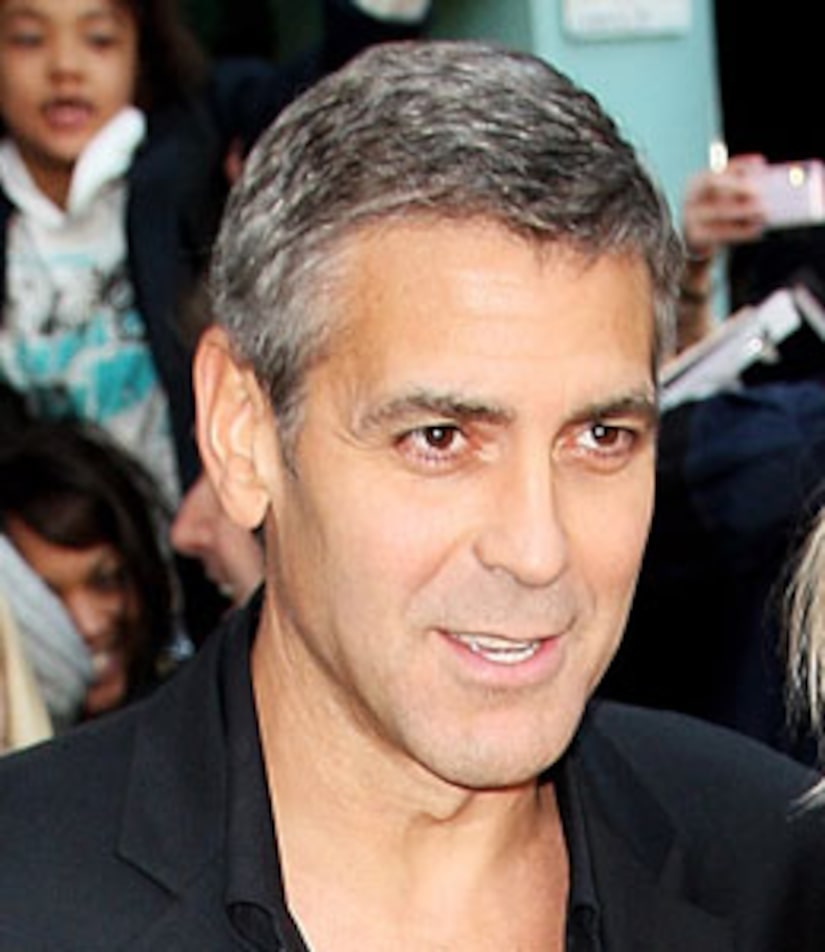 George Clooney, Hollywood's most eligible bachelor, is reportedly dating a 23-year-old Miami cocktail waitress. Word is George hooked up with Lucy Wolvert while shooting his new flick "Up in the Air," but don't believe the shacking-up rumors!

A London tabloid reports the lovebirds are moving in together, but Clooney's rep tells "Extra" he "read that story in some two-bit rag. It's not even worthy of comment."

Clooney and former Las Vegas cocktail waitress Sarah Larson called in quits in June 2008 after dating for a year.