Rapper Eminem looked furious when Sacha Baron Cohen rear-ended him at the MTV Movie Awards, but it was all in good fun! Now "Extra" has the first picture of them before it all went down -- and the "Relapse" star is dishing on how they planned the prank. 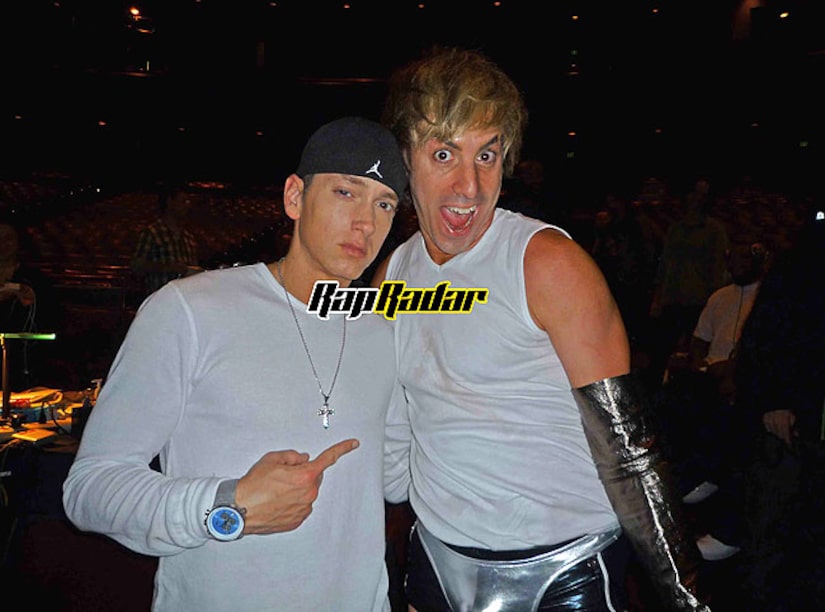 "Sacha called me when we were in Europe and he had an idea to do something outrageous at the Movie Awards," Eminem told Rap Radar. "I'm a big fan of his work so I agreed to get involved with the gag."

Em continued, "I'm thrilled that we pulled this off better than we rehearsed it. It had so many people going "nuts," so to speak. Everyone was blowing me up about it."

After the prank, Em and his entourage stormed out of the ceremony -- and started cracking up! "I went back to my hotel and laughed uncontrollably for about 3 hours. Especially after I saw it on air."