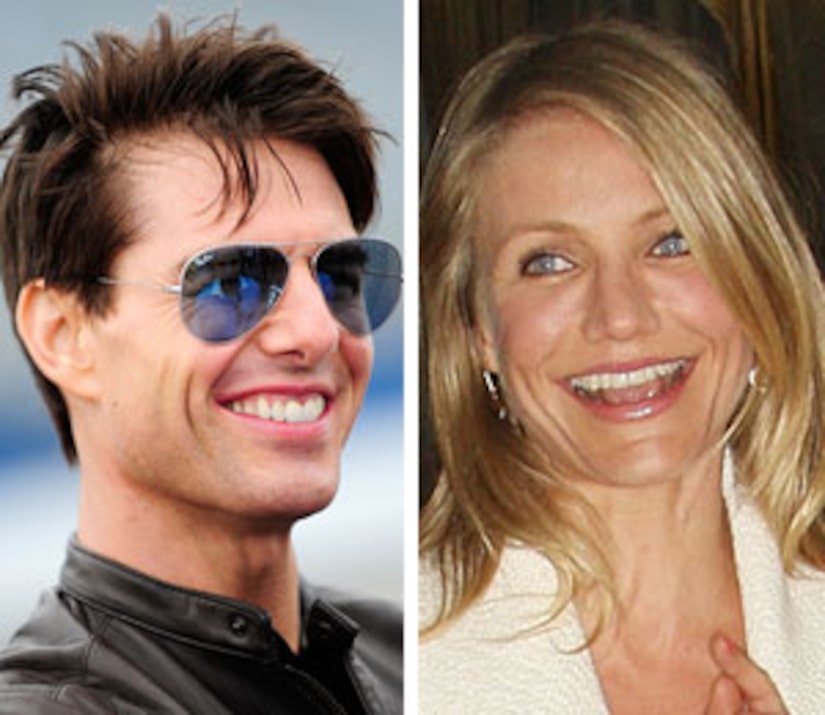 It's a match made in the "Vanilla Sky" -- Tom Cruise and Cameron Diaz are teaming up again on the big screen!

The deals aren't signed yet, but rumor has it the "Valkyrie" star and Diaz are joining forces for "Wichita," an action comedy about an undercover agent who meets up with a woman with a history of bad luck in love.

Tom and Cameron first shared the big screen in the 2001 thriller "Vanilla Sky."