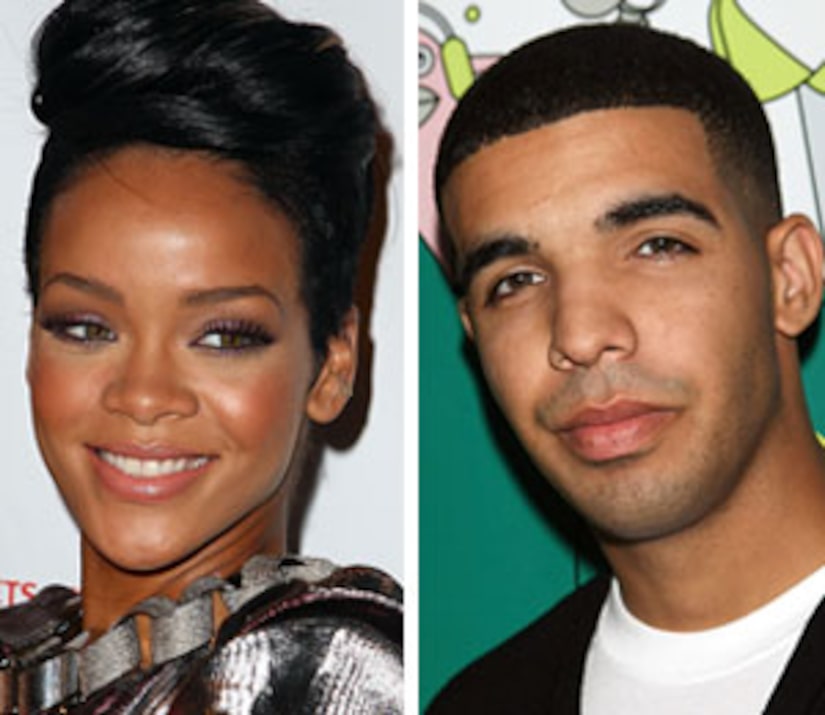 Singer Rihanna seems to have forgotten all about her allegedly abusive beau Chris Brown -- the "Disturbia" star has reportedly moved on with a new man!

RiRi, 21, recently went bowling at the Lucky Strike Lanes & Lounge in NYC with her pals -- and was spotted smooching Canadian rapper Aubrey "Drake" Graham! "The two of them were stealing kisses here and there the whole night," a source dished to People magazine. "They were very cute. Both of them were in really good spirits... she was having a great time."

According to the source, the hip-hop princess and Drake couldn't keep their hands off each other, dancing and kissing all night.

Graham is best known for playing Jimmy Brooks on "Degrassi: The Next Generation." Aubrey, who goes by "Drake" in the rap world, is also a protégé of rapper and four-time Grammy winner Lil Wayne.