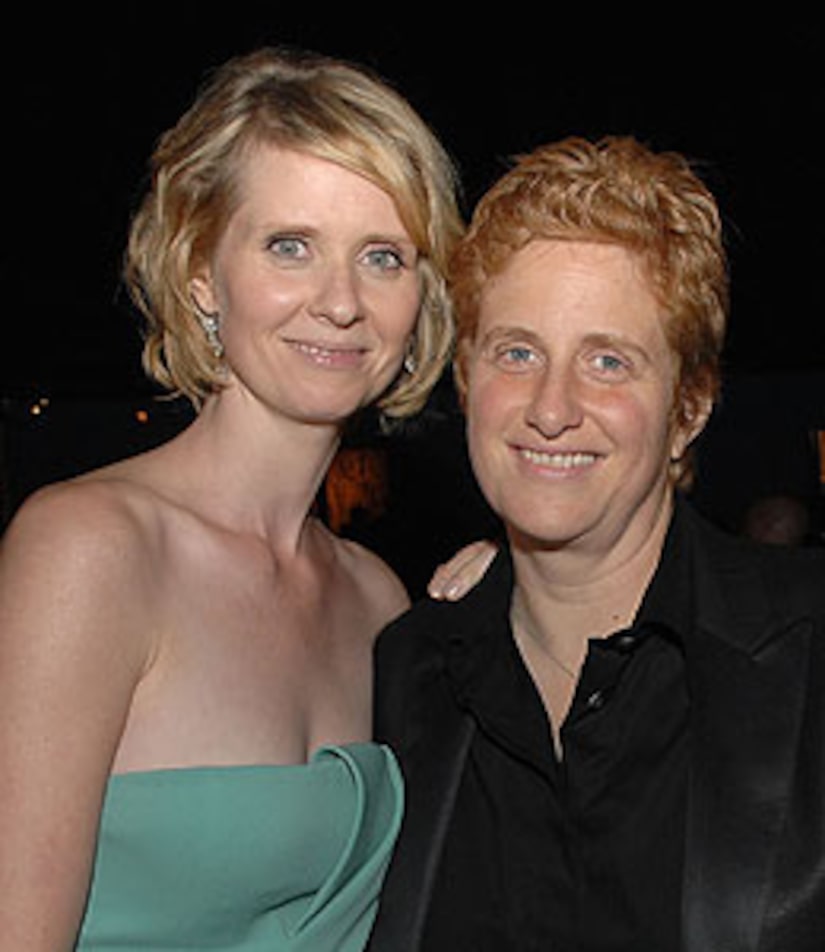 "Sex and the City" star Cynthia Nixon is set to marry her girlfriend of six years, Christine Marinoni -- and she's dishing to "Extra" about the upcoming nuptials!

Although her engagement was just recently announced, Nixon tells "Extra," "My girlfriend and I got engaged last month. We're hoping to do it in New York. We're not going to wait forever, but we're hoping it's just around the corner... sometime, l think, before the end of next summer, but we don't have a date."

Nixon also showed "Extra" her gorgeous engagement ring, but reveals Marinoni opted to not wear a ring until the brides tie the knot! "She did not get a ring. She will have a wedding ring, but she does not want an engagement ring."

Cynthia remained hush-hush on details of the hotly anticipated sequel to "Sex and the City: The Movie" saying, "I can't tell you anything. Our impression is we're going to start shooting sometime in August and there's really... not much more than that -- that I can say."

Nixon has teamed with Curél Skin Care to raise awareness for the American Red Cross via Curél Skin Care's "Share The Gift of Caring" Campaign. She's helping to rally people across the country to share in the gift of caring by logging onto www.curel.com and making a donation in their friends' name.