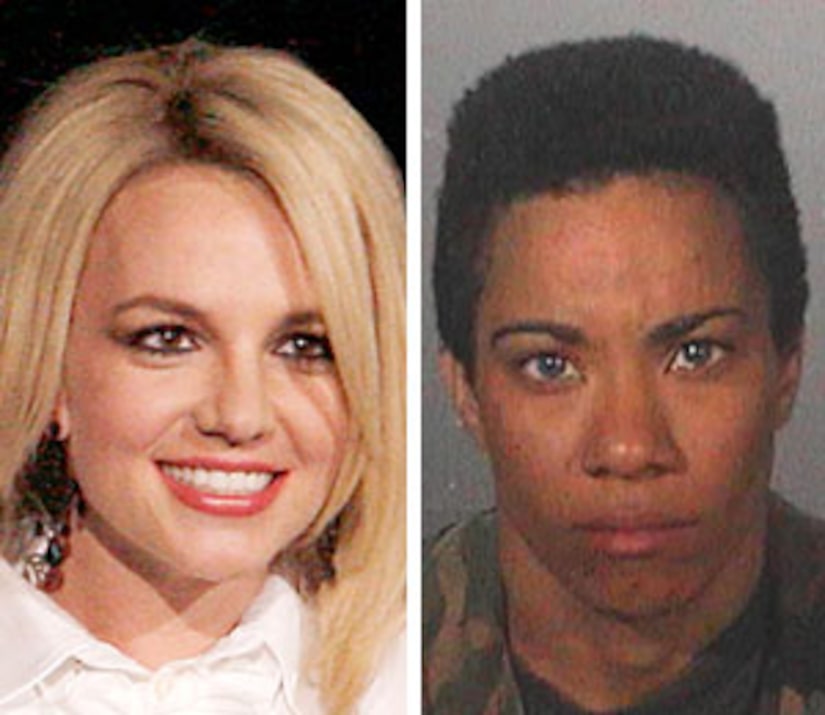 A woman was arrested Thursday morning for trespassing on Britney Spears' private property in Calabasas, Calif. A Sheriff's Department source tells "Extra" Spears was home during the time of the arrest.

The woman, identified as 26-year-old Miranda Tozier-Robbins, was wearing camouflage fatigues and carrying a backpack and video camera when private security noticed her trespassing into the community. Tozier-Robbins was a contestant on "American Idol" during season 5 and served in the U.S. Army for just over a year.

Tozier-Robbins currently resides in Inglewood, Calif. and has a blog based on her "Idol" experience. She says she auditioned in Boston and continued to the second round but was "shot down by the judges on October 27th, 2005." "Extra" has learned that Tozier-Robbins chose Spears' single "Everytime" for her audition -- but was asked to sing something else instead.

During her audition, RealityShack.com says Paula Abdul told Tozier-Robbins she felt like she was watching cartoons. Tozier-Robbins was a Magic Kingdom employee and Simon Cowell asked her if she believed Dumbo could fly. Abdul told the hopeful the competition wasn't for her and she should go back to Disney.

The police report states security personnel asked her to leave, but the woman "balked at their requests." Sheriffs arrived shortly after and physically escorted her off the property. She was booked on charges of trespassing and disorderly conduct. Bail was set at $5,000, but she was released on a citation.

On Tozier-Robbins' YouTube page, she claims she's "an aspiring filmmaker" and wants to be an editor. The page features clips from a show the 26-year-old hosted called "The Shorty Show." She studied filmmaking at the New England Institute of Art in Boston from September 2006 to December 2008.

Tozier-Robbins is scheduled to appear in court on June 16.