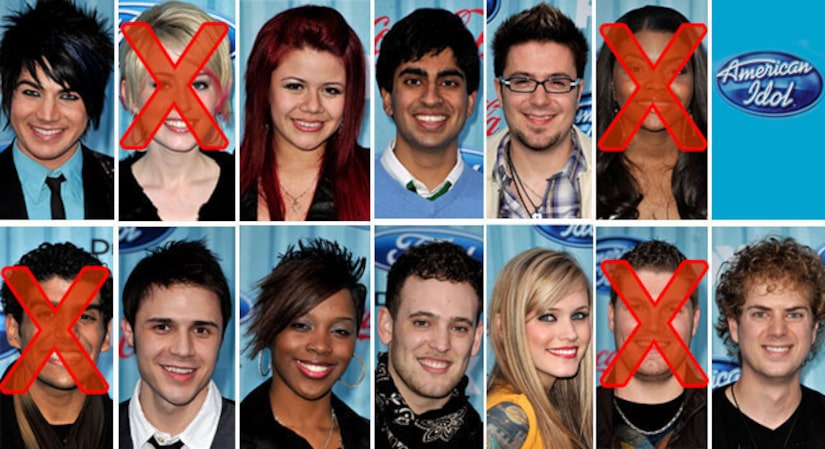 Sarver was also in the bottom two last week. During Wednesday night's Motown show, the Jasper, Texas native belted the Temptation's "Ain't Too Proud to Beg" and Paula Abdul compared his performance to an old-school Las Vegas lounge act.

Motown legend Smokey Robinson performed a lengthy duet with singer Joss Stone, and Stevie Wonder did a rousing medley of his hits -- which included a shoutout to Obama and "Idol."

After Michael sang the Temptation's hit again on Thursday night, Simon Cowell told the married father of two: "Michael, you're going home. Sorry." As a top ten finalist, Sarver will have the consolation of going on tour with the Idols after the season ends.