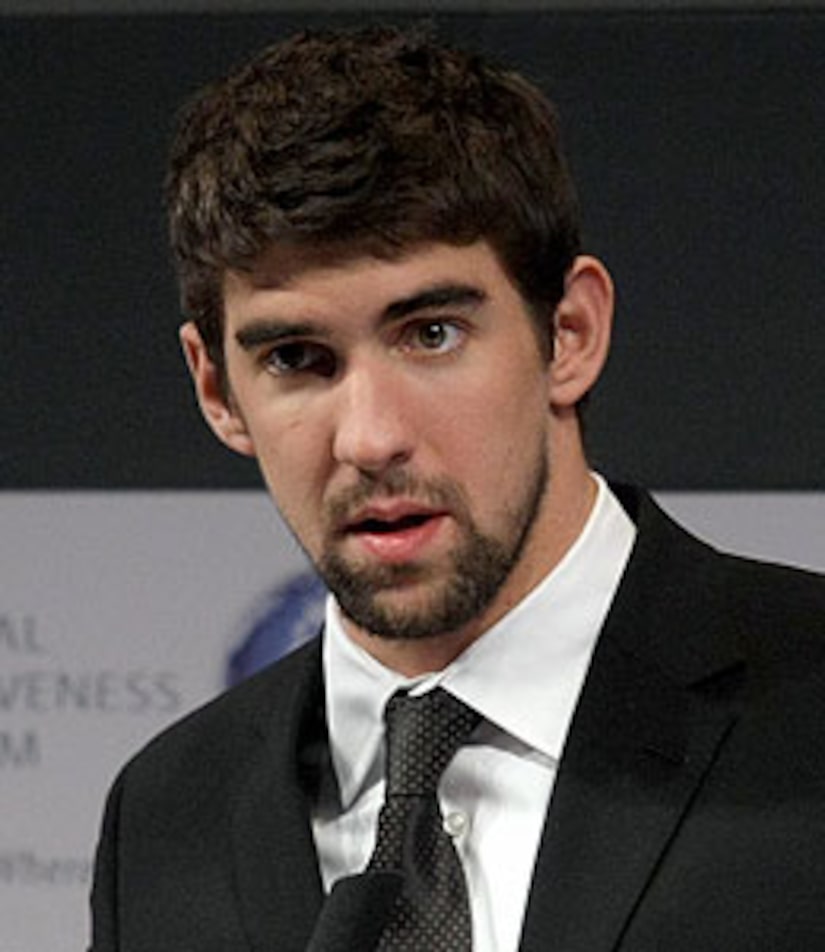 Tarnished golden boy Michael Phelps has issued a public apology to his fans after a controversial photo surfaced of him smoking marijuana was published in the London tabloids.

"I engaged in behavior which was regrettable and demonstrated bad judgment," Phelps said in a statement released by Octagon, as reported by People magazine. "I'm 23 years old, and despite the successes I've had in the pool, I acted in a youthful and inappropriate way, not in a manner people have come to expect from me. For this, I am sorry. I promise my fans and the public it will not happen again."

The U.S. Olympic Committee also released a statement regarding the pictures of Phelps toking on a bong. It reads: "We are disappointed in the behavior recently exhibited by Michael Phelps. Michael is a role model, and he is well aware of the responsibilities and accountability that come with setting a positive example for others, particularly young people.

"In this instance, regrettably, he failed to fulfill those responsibilities. Michael has acknowledged that he made a mistake and apologized for his actions. We are confident that, going forward, Michael will consistently set the type of example we all expect from a great Olympic champion."

This isn't the first time that the 14-time Olympic gold medalist found himself diving into hot water -- Michael plead guilty to a drunk driving charge in 2004, right before swimming to multiple victories in the Athens Summer Games. He expressed regret and publicly apologized for that incident as well.