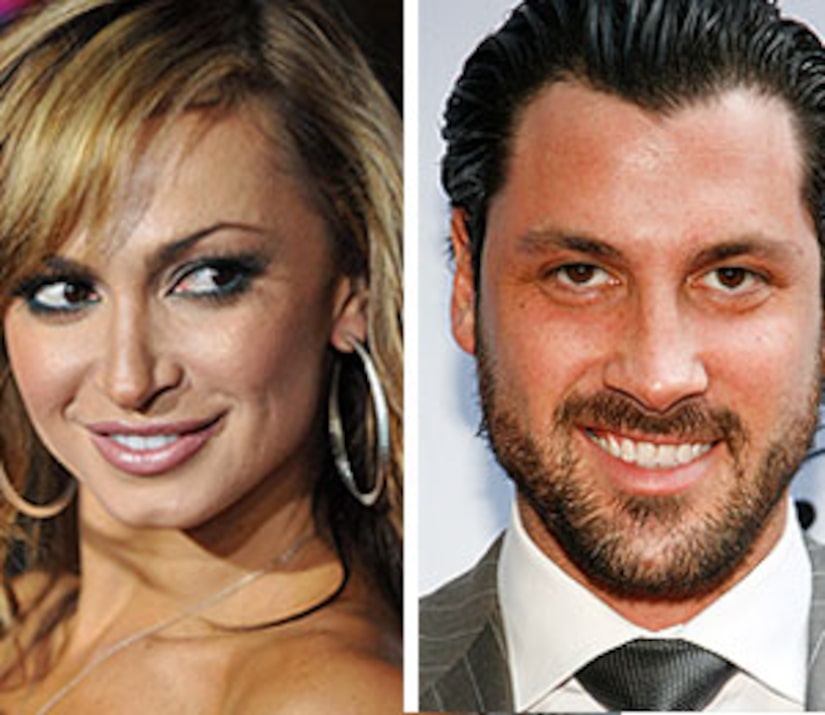 "Dancing with the Stars" pros Karina Smirnoff and Maksim Chmerkovskiy are reportedly set to do the wedding mambo!

According to People magazine, Maksim popped the question in Las Vegas on New Year's Eve, after dating Karina for less than six months. The couple celebrated 2009 and their engagement at the posh Wynn Hotel. "They are really cute together," a source dishes to the magazine.