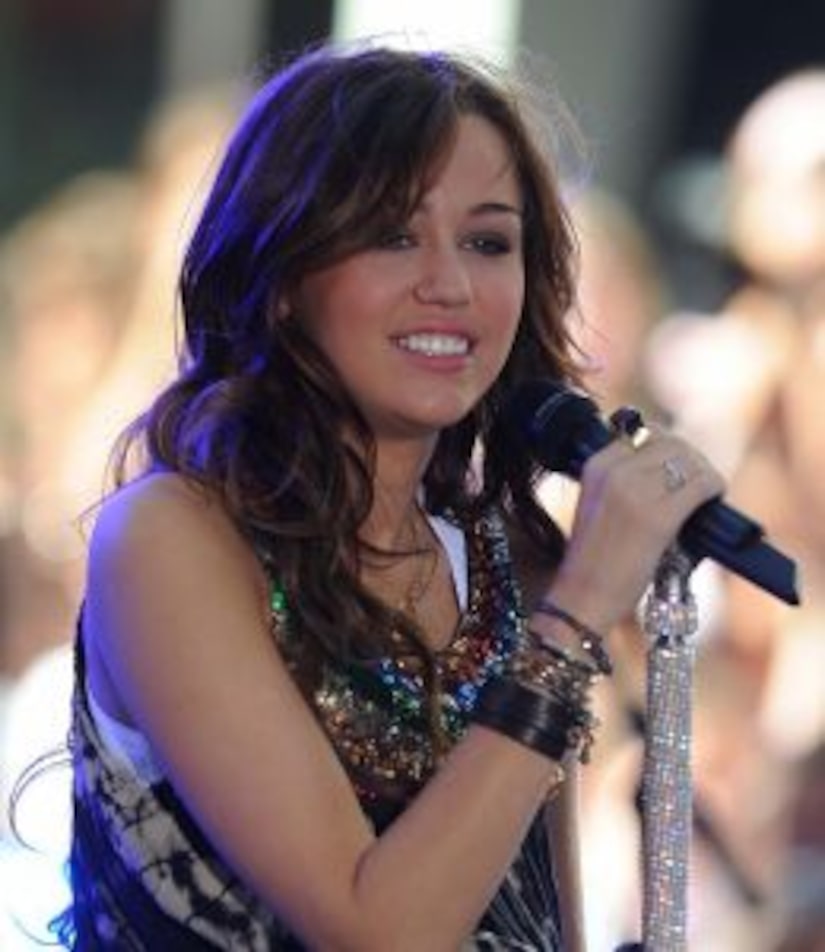 Ring in the New Year with Miley Cyrus! The Disney darling is headlining a MTV New Year's Eve special straight from a fan's bedroom!

The show will broadcast from the house of one lucky fan, and Cyrus will perform from the fan's bedroom! The "Hannah Montana" star will surprise the fan earlier in the day, spend the afternoon with them, visit their friends and help their favorite charity.

Miley's bro's band Metro Station will perform along with All Time Low, The Academy Is ... and Kevin Rudolf.