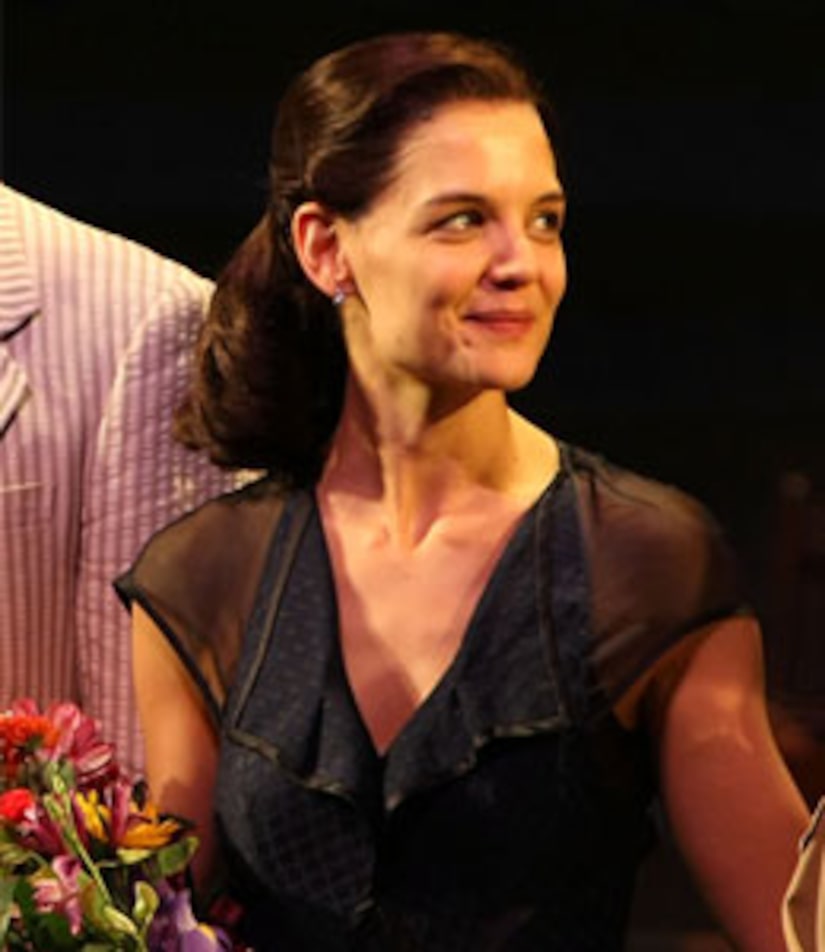 Katie Holmes took her bow after her performance in "All My Sons" on Thursday night and there was a special surprise waiting for the star. Katie celebrated her 30th birthday with the cast and crew -- and a specially-made five tiered birthday cake all thanks to Tom Cruise!

Tom could not make it and Katie's cast mate John Lithgow explained, "Tom Cruise, our good friend, devoted fan to the show, doting husband of Katie, could not be here tonight. He's heartsick that he couldn't be here ... but he wanted to make his presence felt. So, he's joining us, inviting all of you, to celebrate Katie's birthday."

Cruise was in L.A. to premiere his new movie "Valkyrie." Cruise told People magazine about his surprise, "I planned it so that when she comes out for the standing ovation, John [would] get the whole audience to wish her a happy birthday."

On Monday, the couple spent some quality time together at NOBU after the NYC premiere of "Valkyrie."