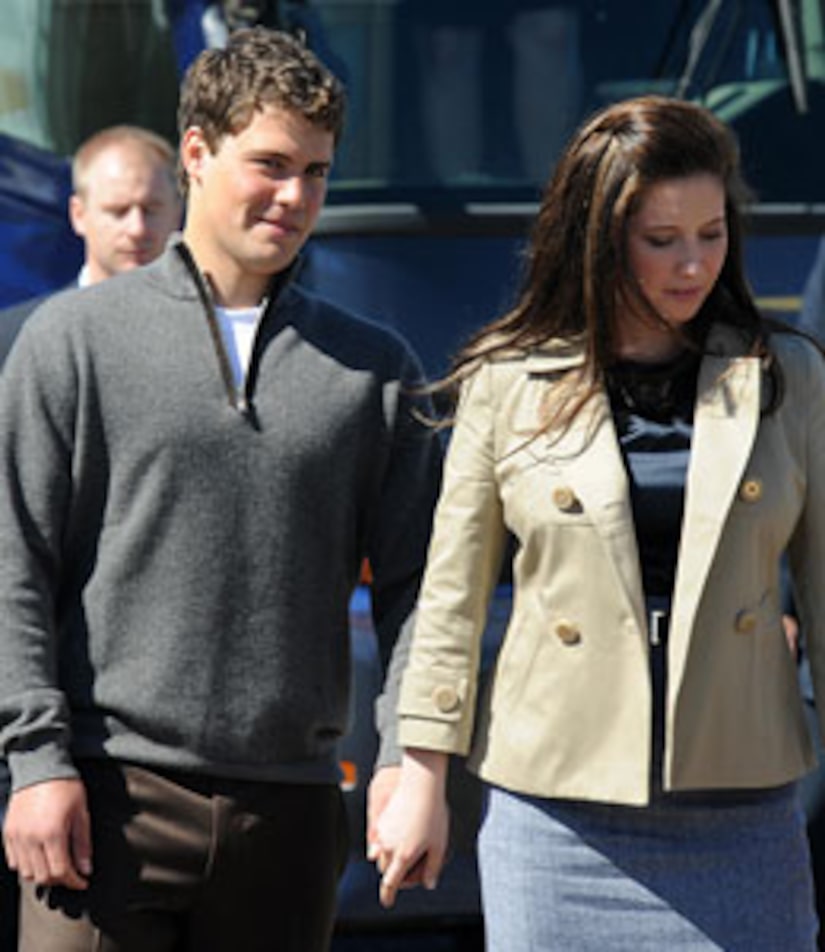 Levi and Bristol, both 18, are expecting a baby and have made plans to get hitched. Gov. Sarah Palin's father, Chuck Heath, said in a recent interview that Bristol is due this Saturday.

The Palin camp told the Anchorage Daily News, "This is not a state government matter. Therefore the governor's communications staff will not be providing comment or scheduling interview opportunities."

Politico reports Johnston has been released from the Mat-Su Pretrial Facility on a $2,000 bond.