Ivana Trump admitted earlier this month that she and hubby Rossano Rubicondi separated in September -- now the former Mrs. Donald Trump has wasted no time in cozying up to a much younger man! 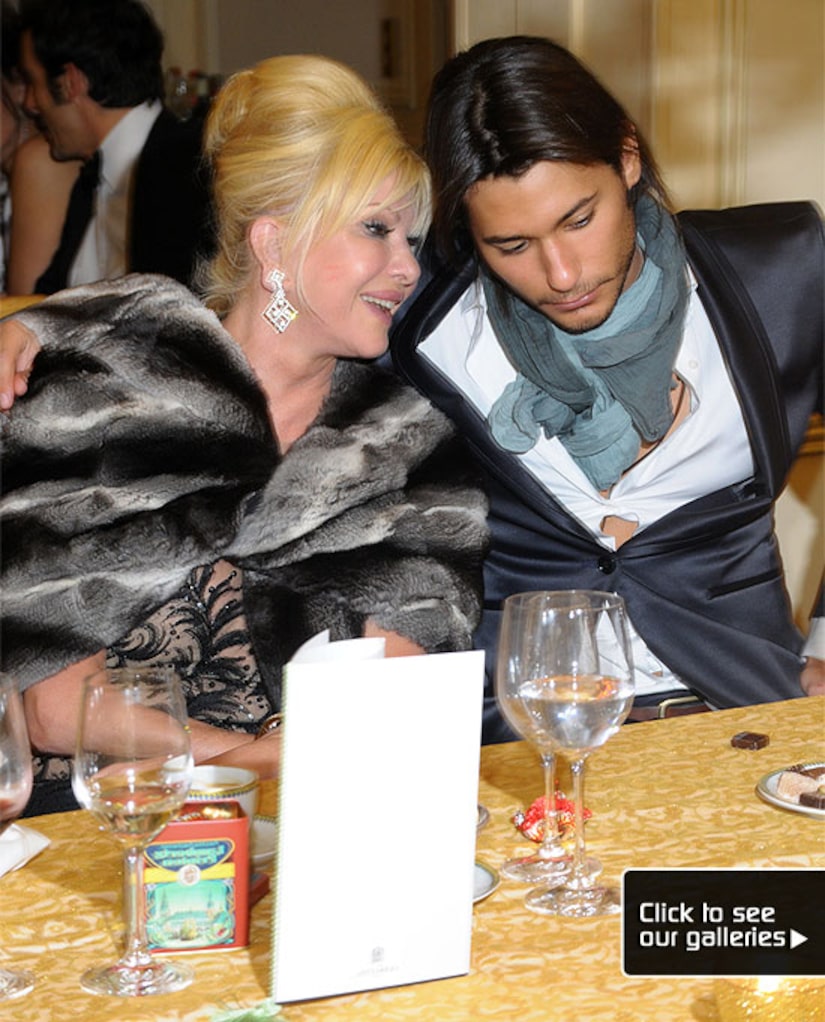 According to the London's Daily Mail, the 59-year-old grandmother was spotted hugging and kissing French model John-David Dery, 22, at the Hotel Bristol in Paris.

In Page Six magazine, Ivana denies reports of a romance with the young model, saying, "A few years ago I was given the Best Dressed award, but this time I bestowed the honor on 22-year-old French actor and model John-David Dery.

She added, "It was a lovely evening and we really enjoyed ourselves. As for reports we had a romance? Absolutely not!"

Ivana and fourth husband Rossano Rubicondi announced their split seven months after a lavish wedding in Palm Beach. The former couple dated for six years before saying "I do." Ivana was married to The Donald for fifteen years, with whom she has three children.