As rumors run wild as a turkey that Madonna and A-Rod are set to spend Thanksgiving together, the two were spotted exiting a private jet in Miami early Tuesday morning. 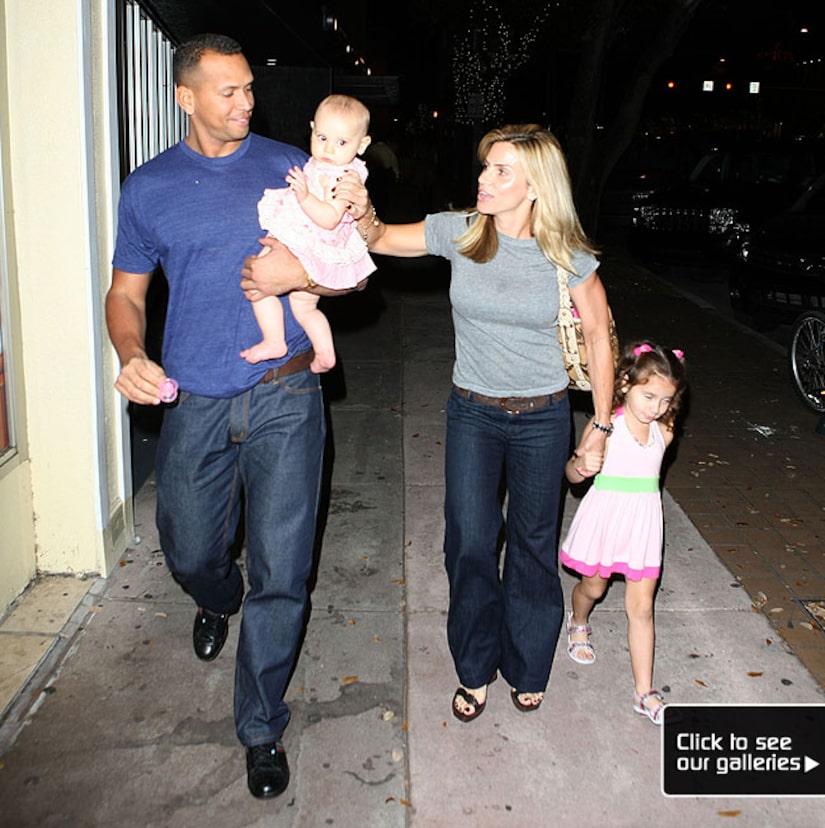 According to the NY Post, the jet left from a private airfield in Atlanta, where the Material Girl performed a "Sticky and Sweet" concert. When it touched down in Florida, Madge and Rodriguez hopped into the slugger's Mercedes Maybach and sped off.

Published reports suggested that Alex was foregoing time with his ex-wife and two young daughters to spend the holiday with Madonna, however, a source close to the Yankee nixed those reports, telling Us Weekly, "He's going to be with Cynthia and her entire family for Thanksgiving, and this has been planned for months. It's quite a big celebration -- they have a large family get-together every year."

Alex and his ex were spotted together in a very public display just hours after Rodriguez and Madonna exited the jet together. The father of two even cradled his daughter Ella, 1, as cameras snapped away.