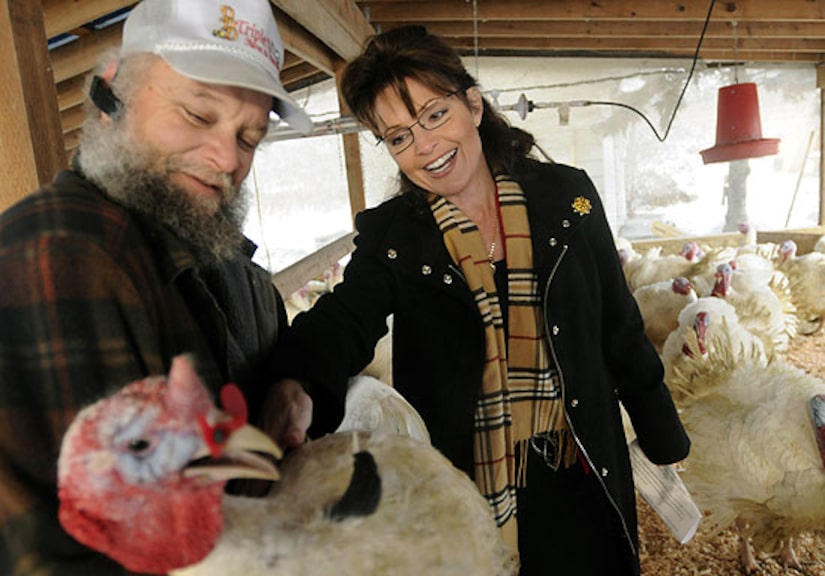 While giving an interview, turkeys were being slaughtered right behind her -- and she appeared to have no idea.

As she answered questions at Triple D Farm & Hatchery in Alaska, cameras from the Anchorage Daily News also filmed an employee killing birds behind the former Veep candidate. She never commented about the slaughter. Instead, she discussed various matters regarding the state and her family, while oblivious to the carnage going on behind her.