Stunning Scarlett Johansson graces the cover of Allure magazine's December issue with seduction in her eyes. The 24-year-old is the epitome of sex, but she is more than just a pretty face ... and a smokin' hot bod. 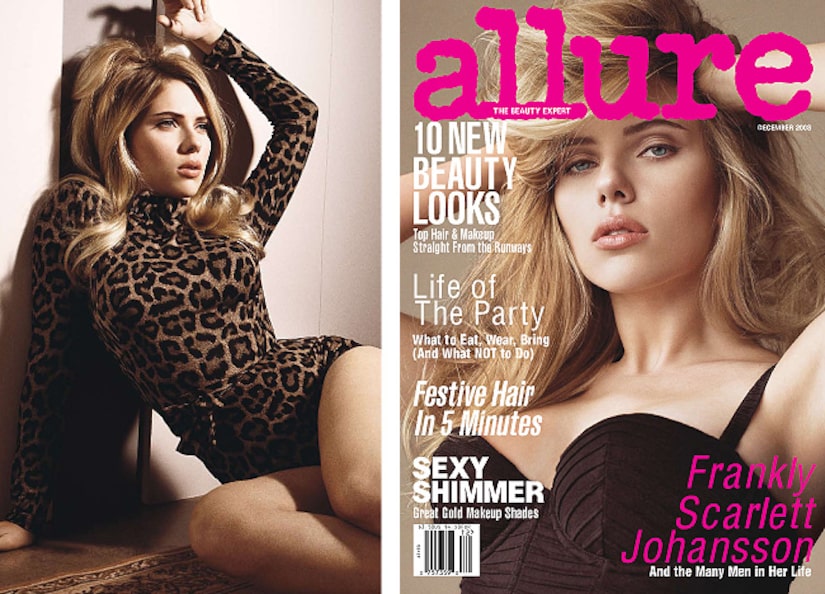 Johansson plays the role of the Silken Floss next month in the film based on the comic book "The Spirit." In February, Scarlett stars alongside Jennifer Aniston and Drew Barrymore in the comedy "He's Just Not That Into You." The beautiful blonde released her first album this summer, and was busy campaigning and emailing with Barack Obama before the election (her twin brother worked on Obama's campaign as well).

Somehow, ScarJo found time to get hitched to actor Ryan Reynolds in a private ceremony in September. Less than 48 hours before her Allure photo shoot, Scarlett was touring AIDS clinics in Rwanda as an ambassador for the Product (RED) campaign.

This buxom busy bee also debunks rumors, discusses religion, and divulges her new tattoo -- in the December issue of Allure.