Lindsay Lohan and girlfriend Samantha Ronson were spotted hand-in-hand around London. The two hit up the Mahiki Club for the launch of the club's restaurant and hopped over to Boujis night club. 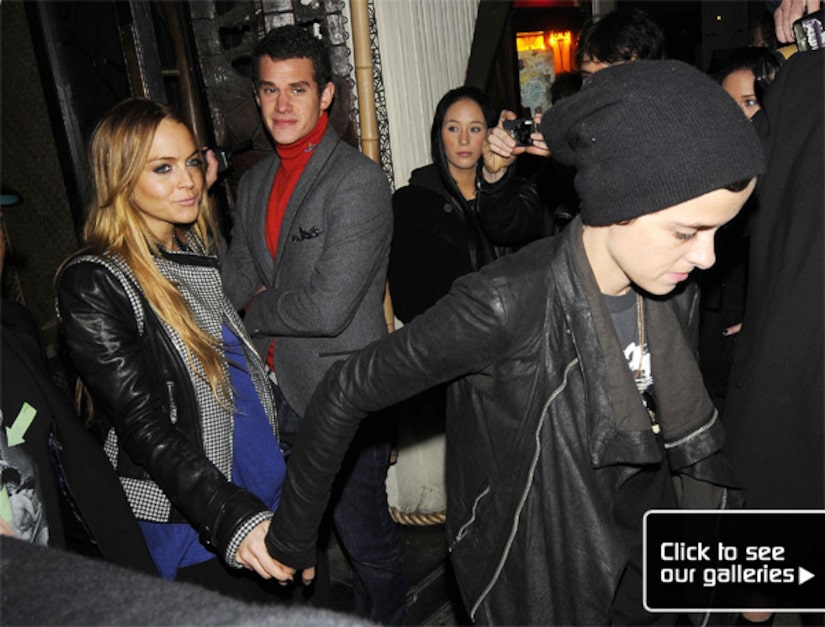 Lindz's former flame, model Calum Best, was also spotted at Boujis. Lohan and bad boy Best were linked during summer 2007. The girls pouted as they left the club. Did the run-in with Best bring LiLo down? Or is she still blue about being smacked with flour on the streets of Paris?