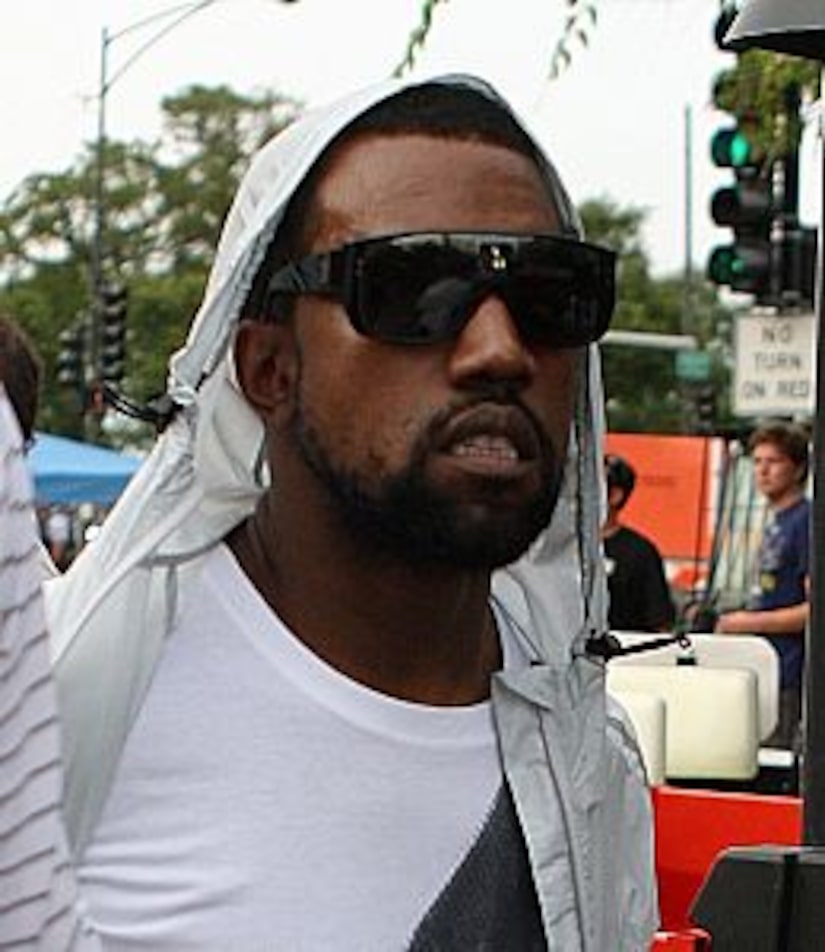 Rapper Kanye West found himself in hot water after a scuffle with a shutterbug in England left him in handcuffs. Now West is denying allegations he assaulted the pap -- and voicing his opinion on the fairness of paparazzi laws.

"I was encountered by a thirsty paparazzi," the "Love Lockdown" singer writes in his blog. "He felt he had more rights to my space than me, so I put my hand up to prevent him from taking my image. I didn't assault him but merely put my hand up to cover his lens. My security yelled, 'Get the camera off him.' I guess in all the commotion the camera scraped his nose."

Kanye goes on to describe his "bogus" arrest, stating, "They placed me in handcuffs and drove me to the station. They spoke about how this was obviously a publicity stunt by the photographer, but they still had to go through the motions."

West also questions the legal fairness of insistent paparazzi who will go to great lengths to get a great picture of a celebrity. "When will there be a law passed that simply enforces that someone has to ask to take a photograph of you?" He writes. "The exploitation of my images is the problem. It produces a 'by any means necessary' behavior that cause the paps to drive recklessly on freeways, jump over fences, and invade privacy all in an effort to get that 'money shot.'"

After being arrested, West was released without charges being filed against him. The hip-hop star is currently performing as part of his Glow in the Dark tour in the U.K.