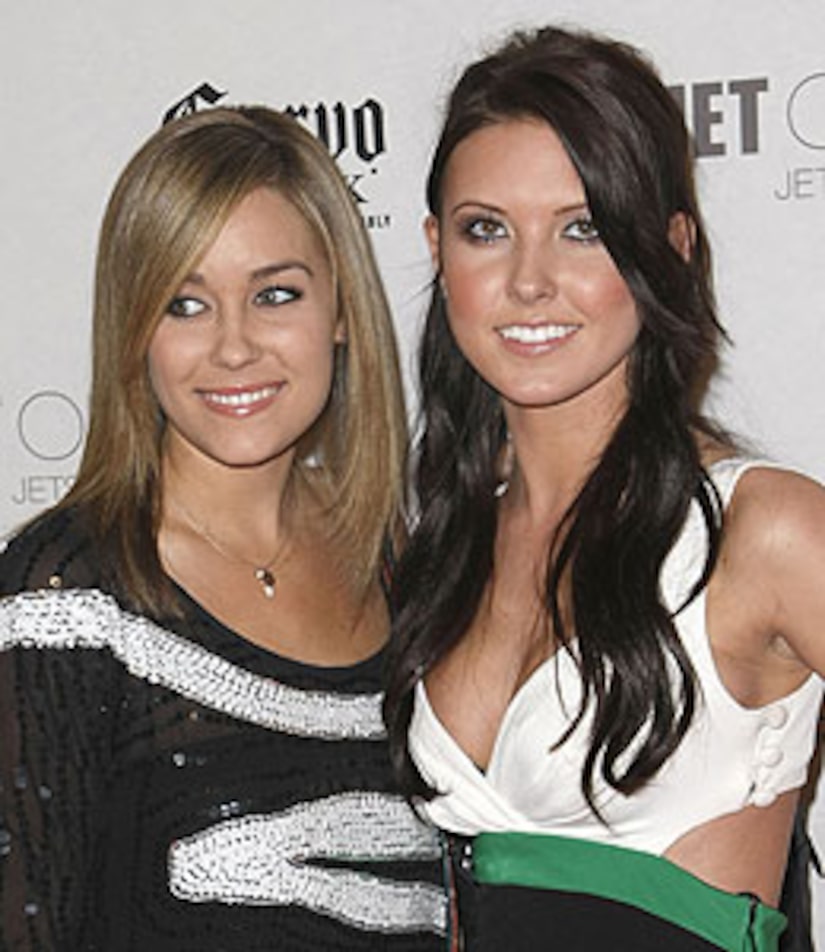 Despite rumors on the net that Audrina Patridge was betrayed by BFF Lauren Conrad, the girls have managed to work out their differences -- and keep their friendship intact.

The blogosphere was abuzz with reports that L.C. hooked up with Audrina's ex-beau Justin Bobby -- and caused a rift between the girls. "It was really hard -- one of his best friends that told me that, and I called Lauren and she hangs up on me," Patridge tells People magazine of the rumor, which she states is false. "Once I sat them down and talked to them, I was like, 'Okay, this is all I needed!' You'll see it on the show. It was very emotional."

The "Into the Blue 2" star also broke news that MTV will be airing the lives of the Hollywood sweethearts for another season. "There is going to be a fifth season," Patridge says. "We just found out... We have fun with each other and we've stuck it out this long, so we might as well do another one."

While Patridge admits filming the reality show is fun, the stars have embarked on different paths that makes following their "normal" lives more difficult. "At one point, all of us were like, 'No, we don't want to do another season,'" Audrina confesses. "I wanted to do more movies, and Whitney moved to New York and she's doing her own spin-off. Lauren's dating [actor] Kyle Howard, but he can't be on the show because he's on another show, so that makes it hard."