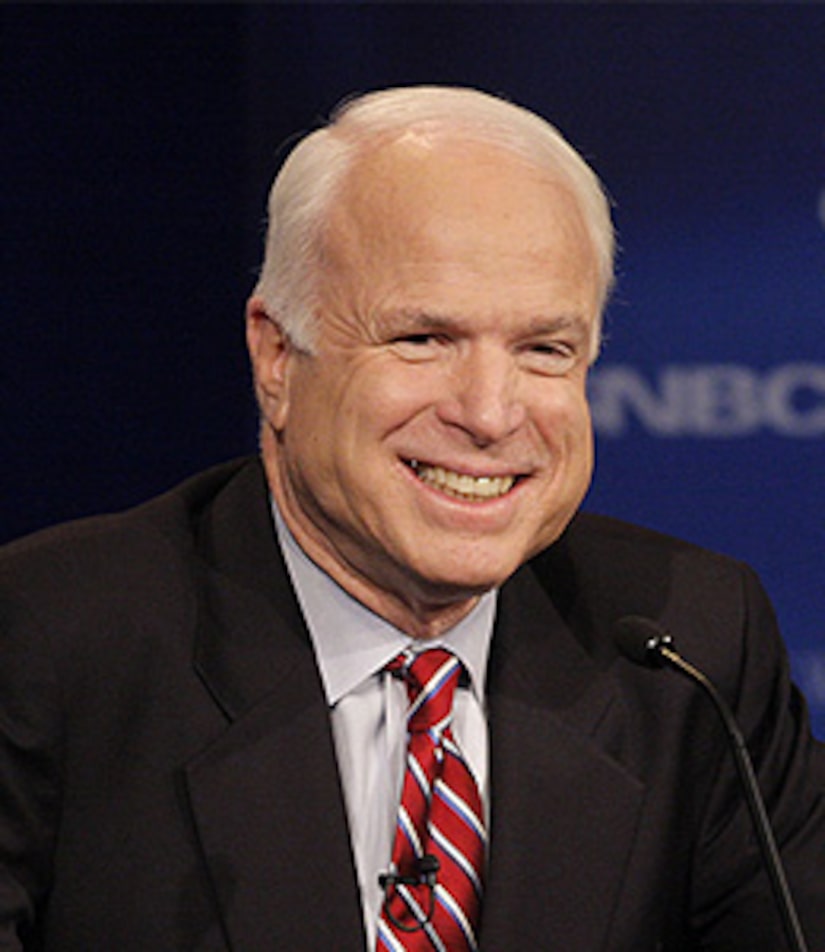 Move over Darrell Hammond, the real John McCain will be on "Saturday Night Live" this weekend! McCain aides have announced the 72-year-old will appear this weekend -- just three days before the November 4 election.

The presidential hopeful will star alongside host Ben Affleck, a Barack Obama supporter. McCain last appeared on "SNL" in May after he received the GOP nomination.

No word on whether Tina Fey will return to play Sarah Palin.