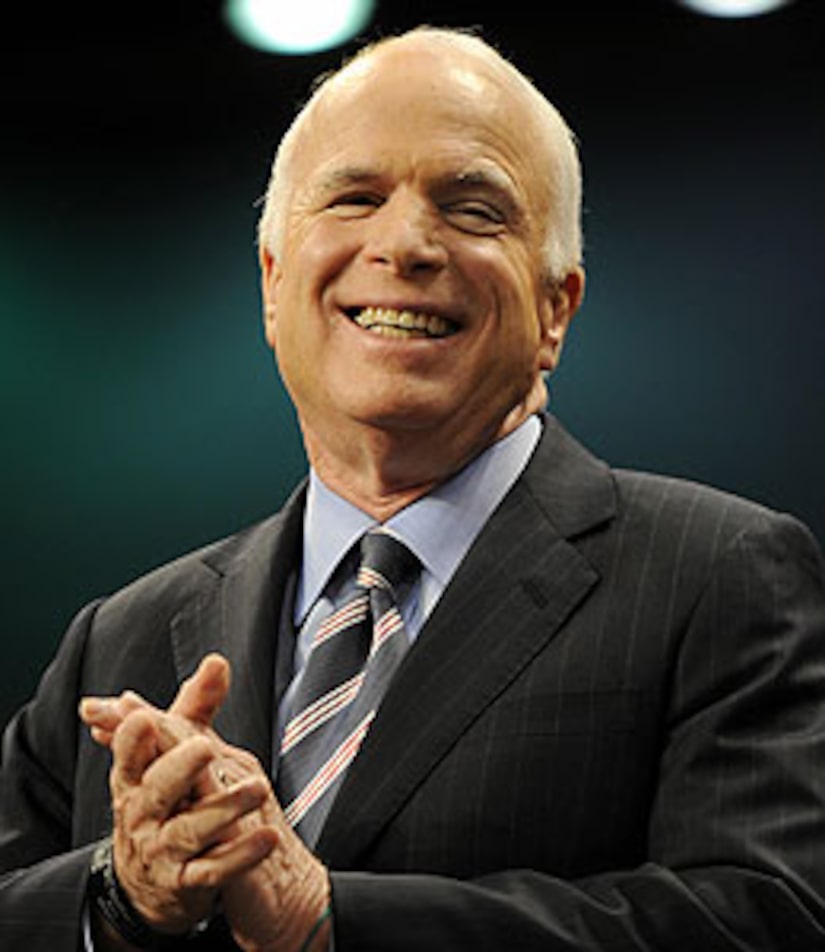 Flush with fame, Joe Wurzelbacher gained national recognition as "Joe the Plumber" after being repeatedly referred to in the final presidential debate -- now he's plugging for GOP candidate John McCain.

The handyman joined McCain on the campaign trail -- and said he feared Obama would turn America into a socialist nation, after the Illinois senator famously told Joe that his plan was to "spread the wealth around."

Wurzelbacher veered off the Republican nominee's plan, however, when he agreed with a McCain supporter that "a vote for Obama is a vote for the death of Israel." The NY Post reports that John McCain's camp does not share that opinion of Barack.

The presidential election is just six days away. Take the plunge and vote.