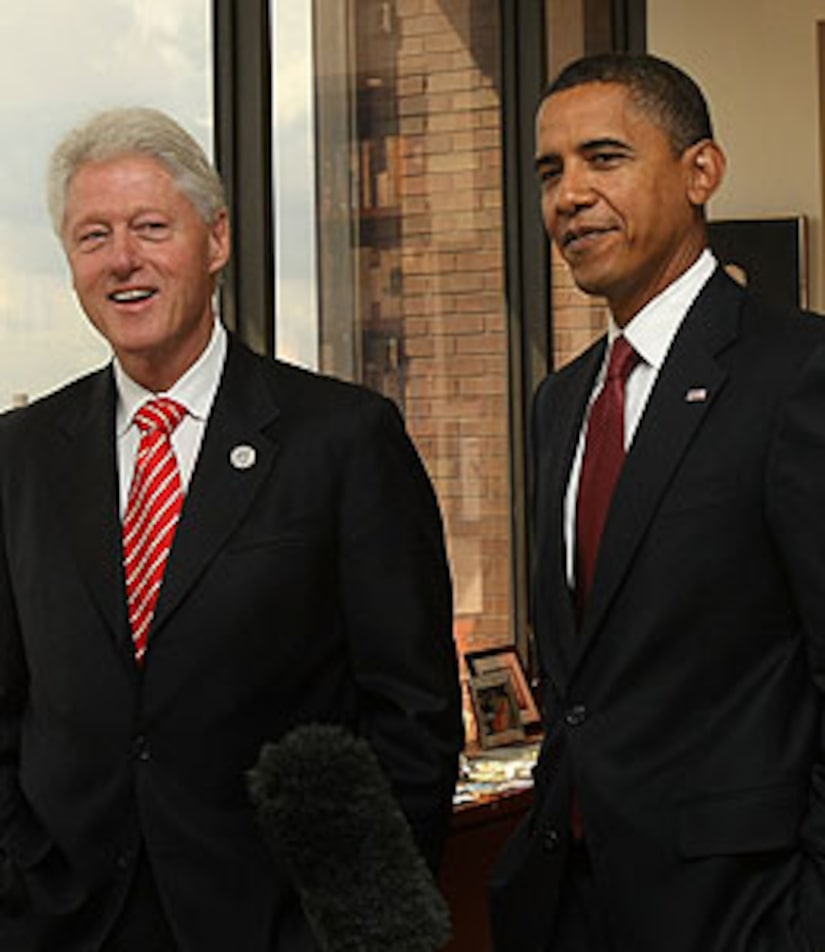 Senator Barack Obama will be joined by former President Bill Clinton at a Florida rally today -- but will Bill also make a surprise cameo in Obama's national ad tonight?

That's a maybe. The Democratic camp says that some of the multi-million-dollar campaign ad will be live -- and will air while Barack and Bill pump up Florida voters.