Perez Hilton revealed to "Extra" that Madgriguez have a date in Canada. "The rumor today has it that A-Rod is flying this evening to Montreal, Canada to go see Madonna perform in concert there." The Queen of Pop performs her "Sticky and Sweet" tour at Bell Centre tonight in Montreal. 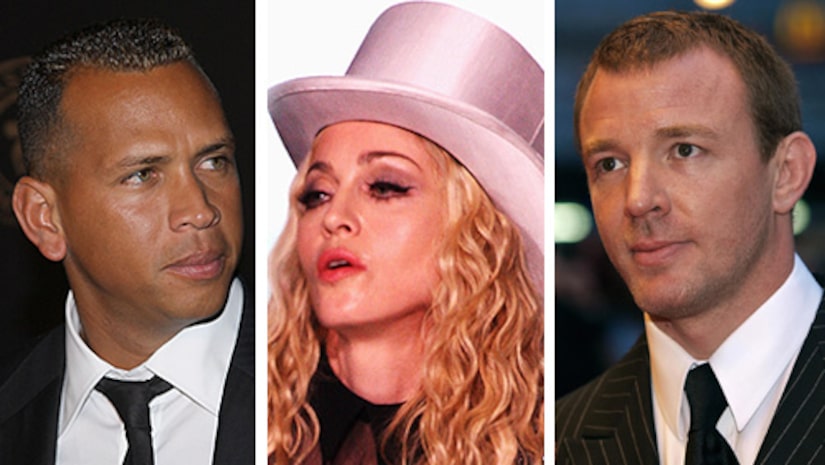 As for Madge's divorce, details may be finalized this weekend, but Guy isn't smiling just yet. It's reported Guy is "in pieces" over the sight of 8-year-old son Rocco sporting a New York Yankees tee. Perez spilled, "This has upset Guy Ritchie a lot. He's reportedly been crying over it especially given the sensitive nature of Madonna's relationship with Alex Rodriguez from the Yankees." Madonna has offered an increased settlement if she can dictate terms of child custody.