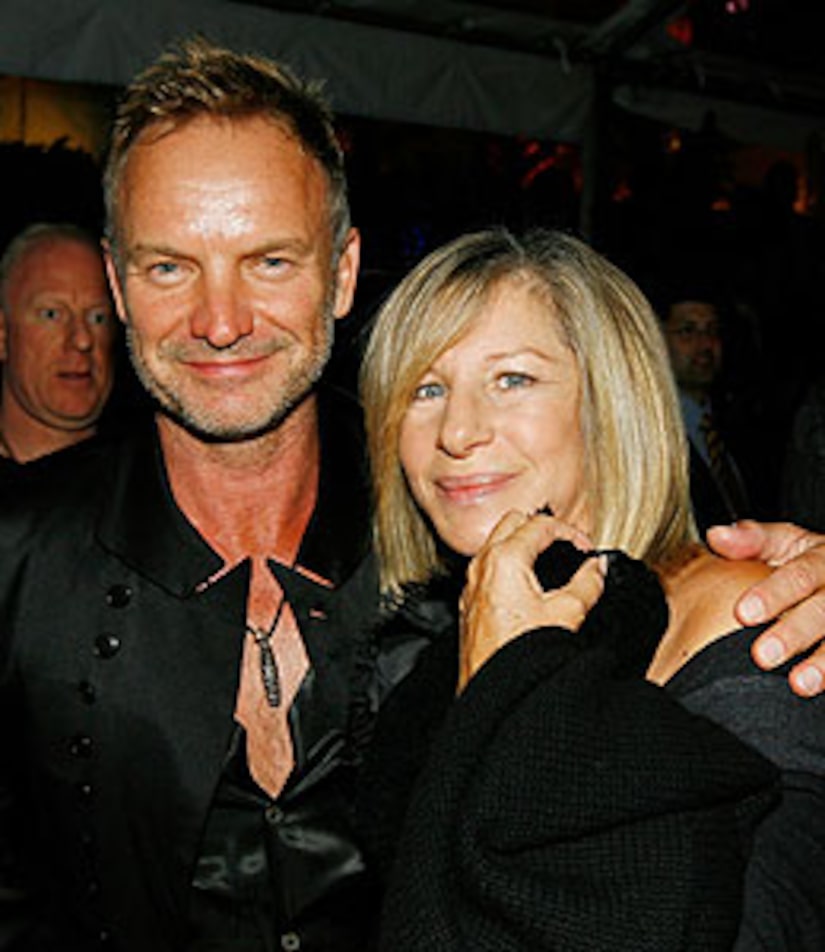 Barbra Streisand joined former President Bill Clinton in Hollywood for a star-studded gala this weekend -- but she got the royal shaft when it came to seating!

Babs and hubby James Brolin greeted Clinton at Oceana's 2008 Partners Award gala -- but were seated in the third row. Gasp! The ex Commander-in-Chief sat front and center with other celebs and honorees of the evening -- including Sting and wife Trudie Styler.