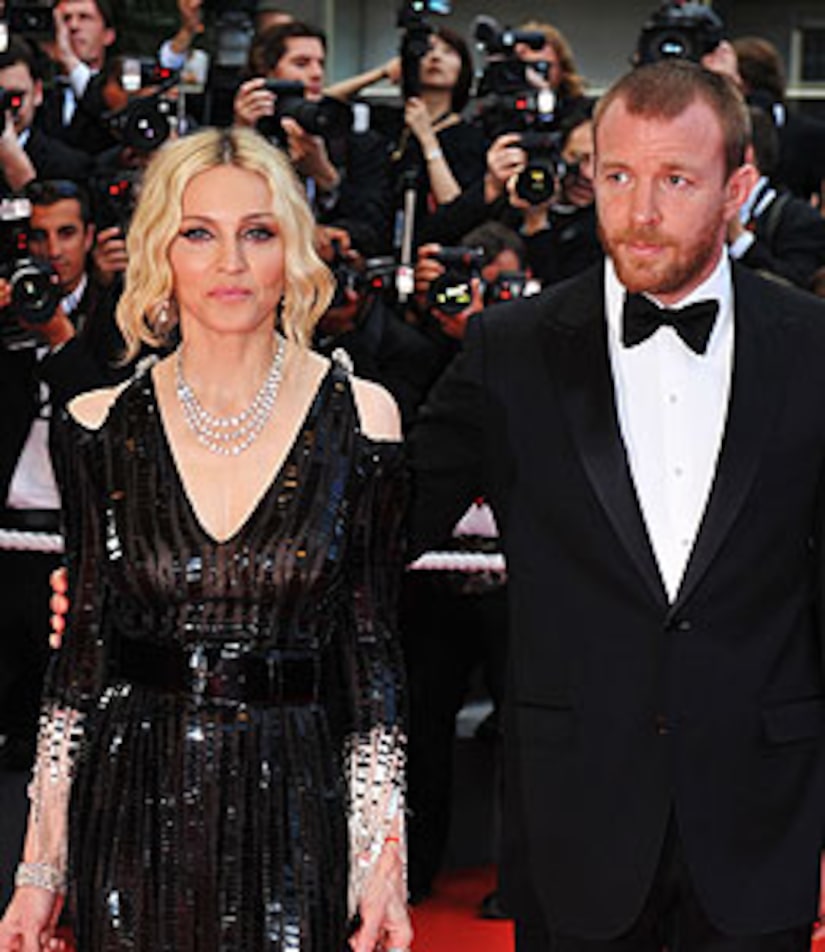 On the brink of divorce from husband Guy Ritchie, Madonna isn't getting any sympathy from the press. Stunning reports have painted her as a controlling fitness freak, a cold fish -- and one even has her running back into the arms of her ex.

One article quotes a friend of Guy Ritchie who claims the "RocknRolla" director said sex with Madge was "like cuddling a piece of gristle." Additional reports out of London claim that Guy's miserable marriage to Madonna entailed living with a strict set of rules written by the Material Girl herself. The alleged rules include no TV, no sweets and no sex for the past year and a half.

The 50-year-old singer also reportedly drove her Guy crazy with her alleged obsession with and all-out war against aging! The regime to keep her youthful reportedly included slathering on thousand-dollar lotion before going to bed.

Now, after months of denials, new explosive stories suggest that Madonna will soon go public about a romantic relationship with NY Yankee Alex Rodriguez. A-Rod is reportedly in the process of purchasing a Central Park West penthouse -- just two blocks away from Madonna's Big Apple flat. Rumors are swirling that Madge, 50, wants to have another child with the slugger.

Another report conflicts with rumors of an A-Rod romance -- and suggests that Madge is cozying up to her ex, Chris Paciello. Despite rumors that the two were seen together in Toronto, "Extra" has been told that Chris was never in Canada.

The accusations and reports of the highly-publicized Ritchie divorce have reportedly gotten so bad that the biological father of Madonna's adopted son David suggests in one report that his son might be better off back with his family in Malawi.