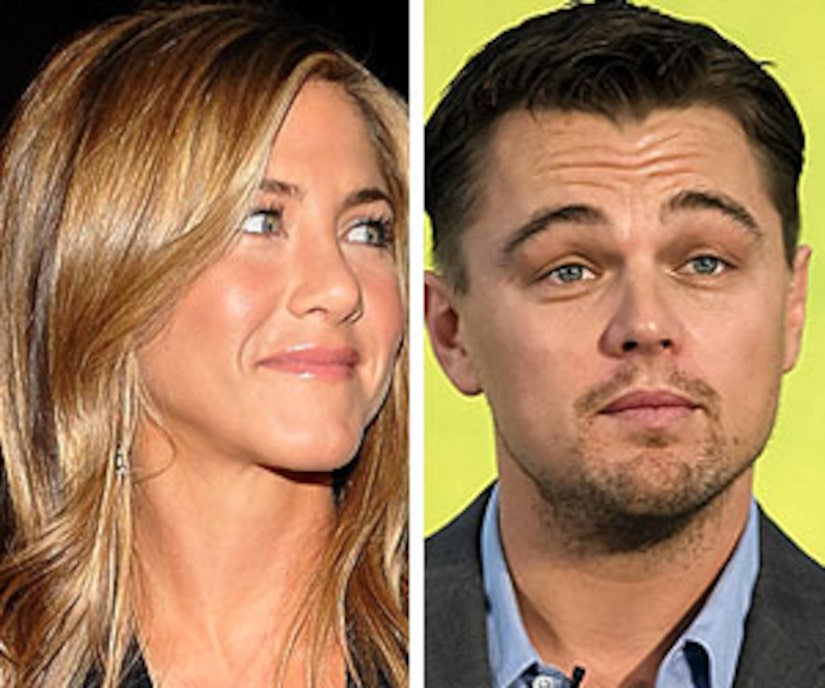 Actress Jennifer Aniston got a little "Friendly" with A-lister Leonardo DiCaprio -- the two were spotted in a rendezvous at the "Body of Lies" star's Hollywood home! Is there a new romance in the works?!

Nope. Although the pair tried to dodge paps while entering and leaving DiCaprio's home, they weren't hiding a budding relationship. The two simply met up to shoot a public service announcement about voting.

Darn, that would have been titanic.