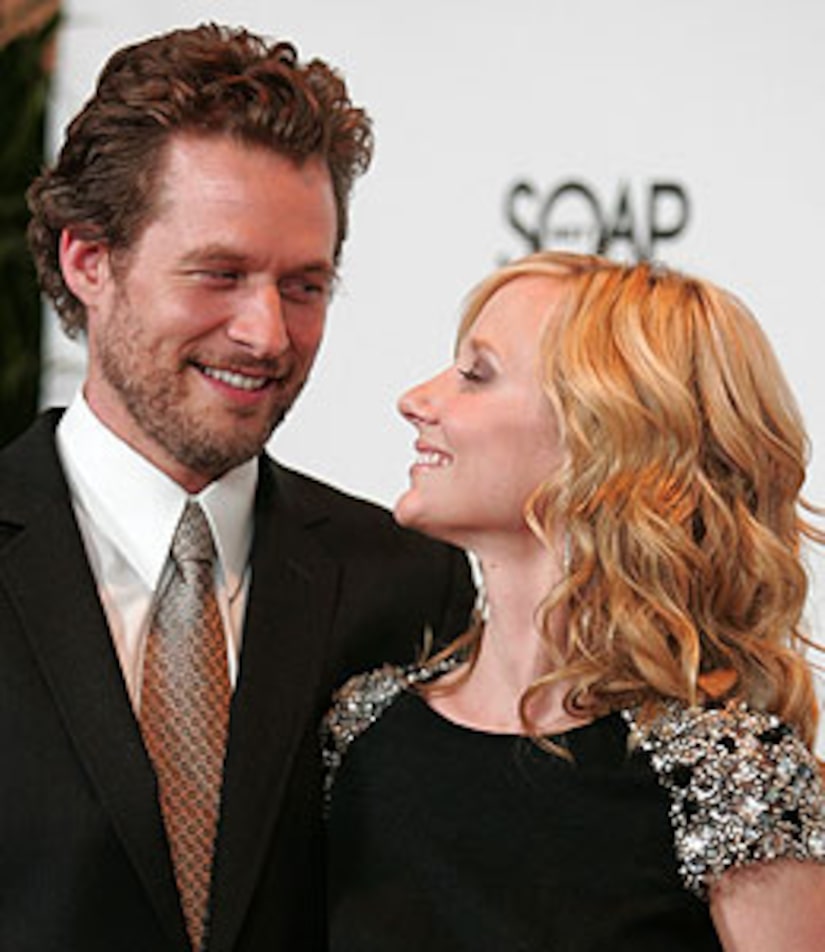 "Extra" spotted actress Anne Heche with and beau James Tupper and her son Homer (by her ex, Coley Laffoon) as they spent some quality time together. Sources tell "Extra" there may be a reason for the family bonding -- the possible addition of another member!

The "Men in Trees" star was reportedly shopping for baby clothes at Little Aura in Santa Monica, when a group of shutterbugs appeared and camped outside the upscale baby boutique. The source revealed that since Anne didn't want to tip off the paparazzi that she's got a bun in the oven, she reportedly snuck out the back door, hopped a fence and made her getaway!

There's no word yet from Heche's people to confirm or deny that the actress is expecting, but one thing is certain -- if Anne is pregnant, she might want to reconsider catapulting over fences!