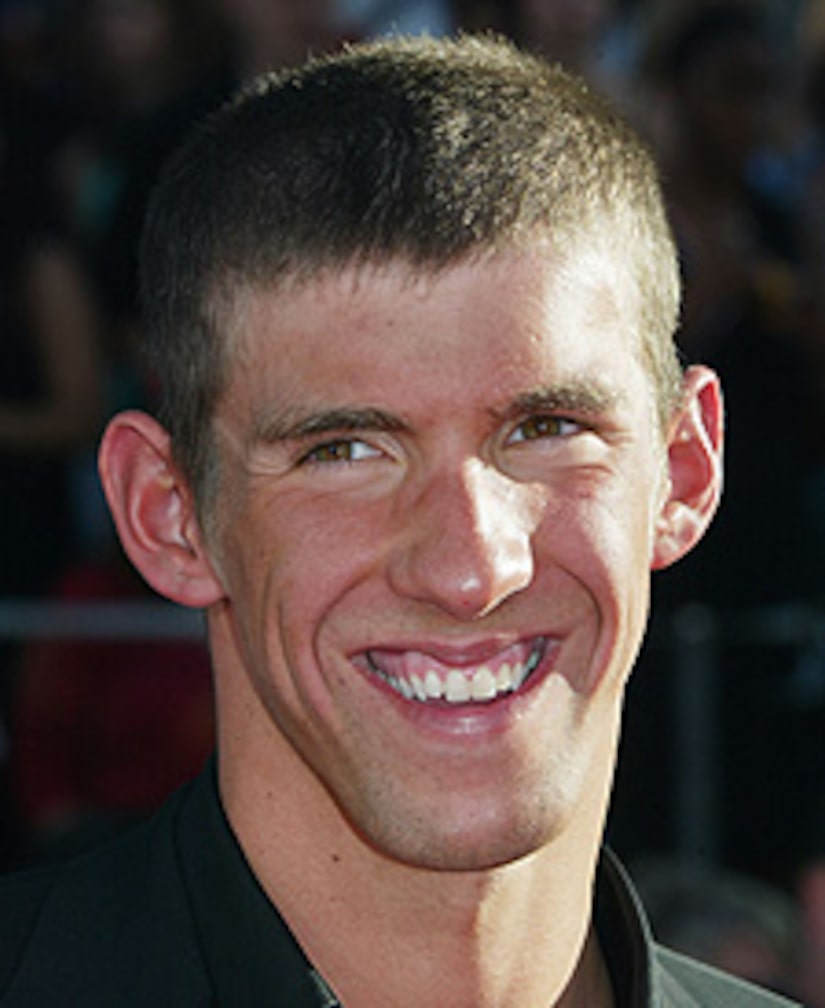 He denied he was dating Amanda Beard, but is Michael Phelps making waves with fellow Olympian Stephanie Rice? The NY Post claims Phelps was spotted in a lip lock with the beautiful Australian swimmer outside the Olympic Village!

"All the swimmers are talking about it," a source tells the Post -- especially Rice's ex, swimmer Eamon Sullivan. "[Sullivan] is cut up about what happened," snitched the source.

Don't expect Phelps to spill about his love life anytime soon. He told "Extra" last week, "Part of my life is kept to myself."

His love life might be, but his mega bucks endorsement deals have been no secret; it's believed Phelps hauled in millions for endorsements of McDonald's and Kellogg's Frosted Flakes -- and he has just announced plans to write another book, "Built to Succeed," about his history-making Olympic swims.

All that cash does an Olympian good -- the NY Daily News, as reported by TMZ, says he just plunked down a cool $1.69 million for a Baltimore condo with a Jacuzzi -- and a pool.

Click here to see Phelps and his eight gold medals.