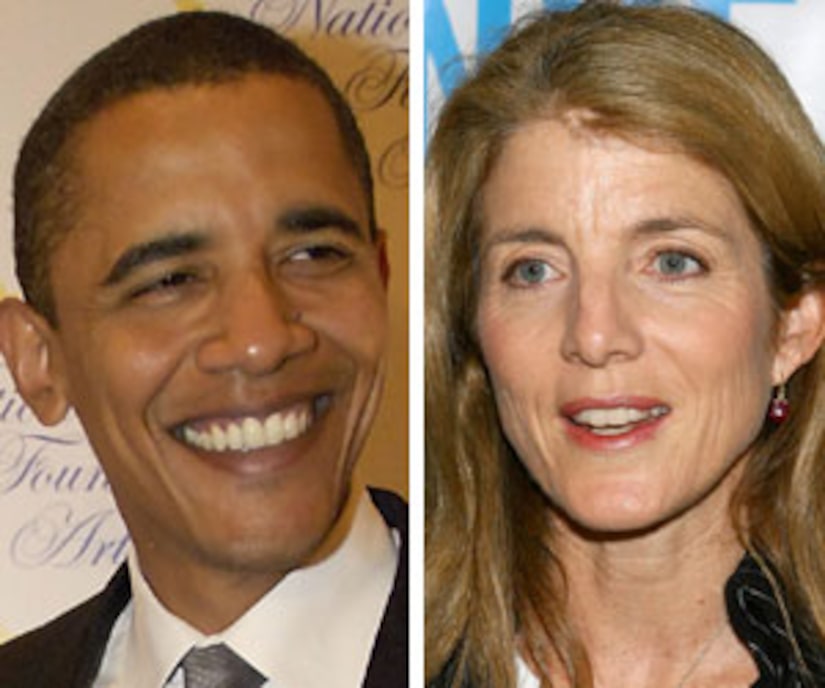 Rumors are swirling about who Barack Obama will pick for his running mate -- and filmmaker Michael Moore thinks Caroline Kennedy just the person to create a Democratic dream ticket!

In an open letter to Caroline -- who is heading up Obama's VP search team -- the "Sicko" director says he cannot think of a more winning ticket than one that reads "Obama-Kennedy."