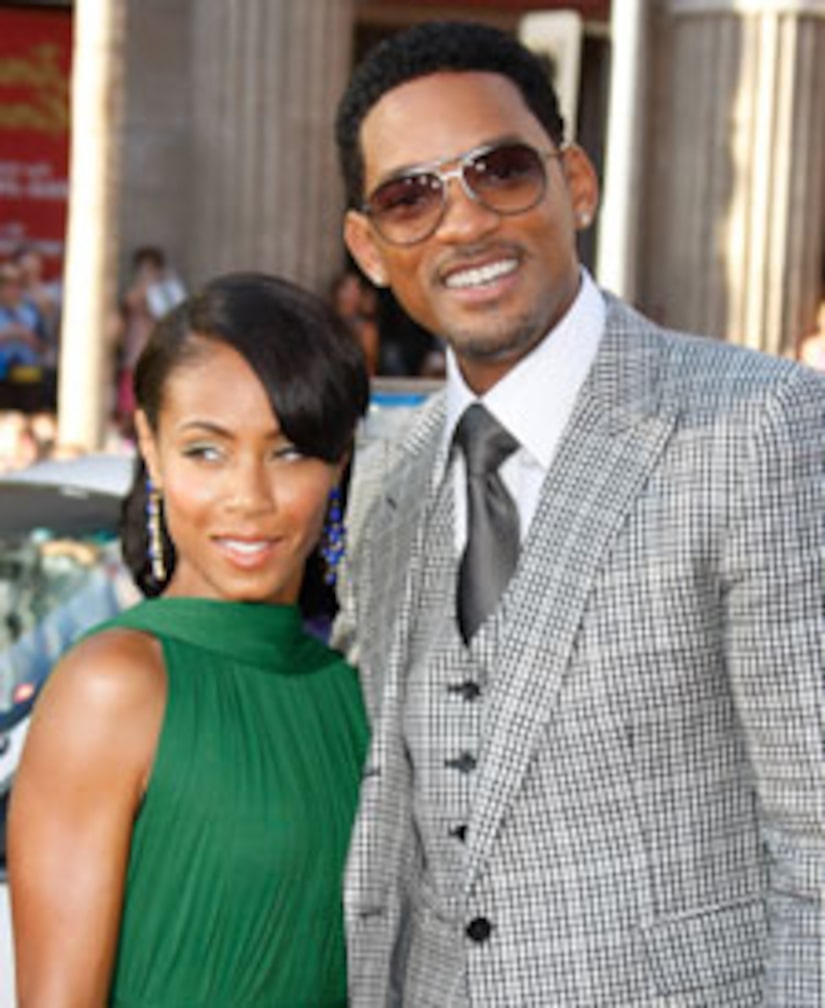 "Extra" caught up with box office favorite Will Smith and wife Jada Pinkett Smith at last night's Hollywood premiere of "Hancock" -- and the power couple nixed rumors that they're opening a school for Scientologists.

"It's a complete secular school," said Jada. Will added, "We have Muslims, Jews, Buddhists -- I don't discriminate against anyone."

The "Reign Over Me" actress also opened up about her hubby -- and what his powers would be if he were a real-life superhero like his "Hancock" character. "I call him Captain Correction because he knows everything," says Jada. "He's always correcting you on something. Some fact, or the way you pronounce a word."

Catch "Hancock" as it blasts into theatres tomorrow!