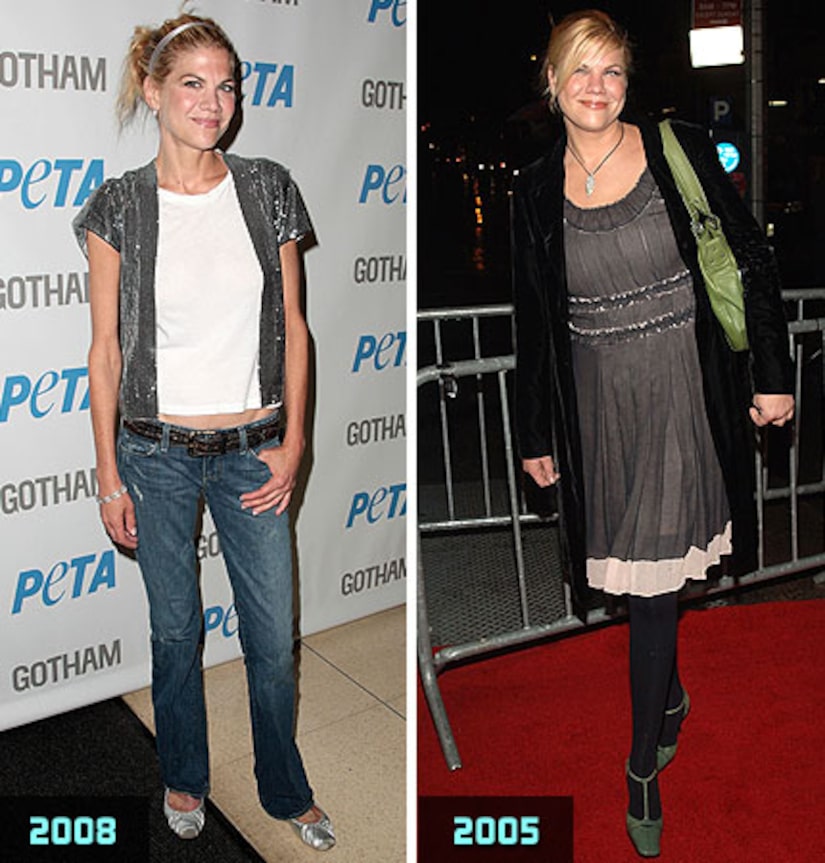 Actress Kristen Johnston has turned her life around. The "Third Rock from the Sun" star has lost 60 pounds, and is exclusively telling "Extra" the reason behind her weight loss.

The actress, featured in tomorrow's People magazine, says she cut drinking and began eating healthy after being hospitalized with a bleeding ulcer. "It's a shock to the system," the actress told our cameras.

Kristen, who was nearly unrecognizable at a PETA event in New York where she was protesting against horse-drawn carriages in the city, denied anorexia rumors and said she feels amazing! "I'm more than enough for you to handle," she said.

For an in-depth look at celeb yo-yo dieting, click here.