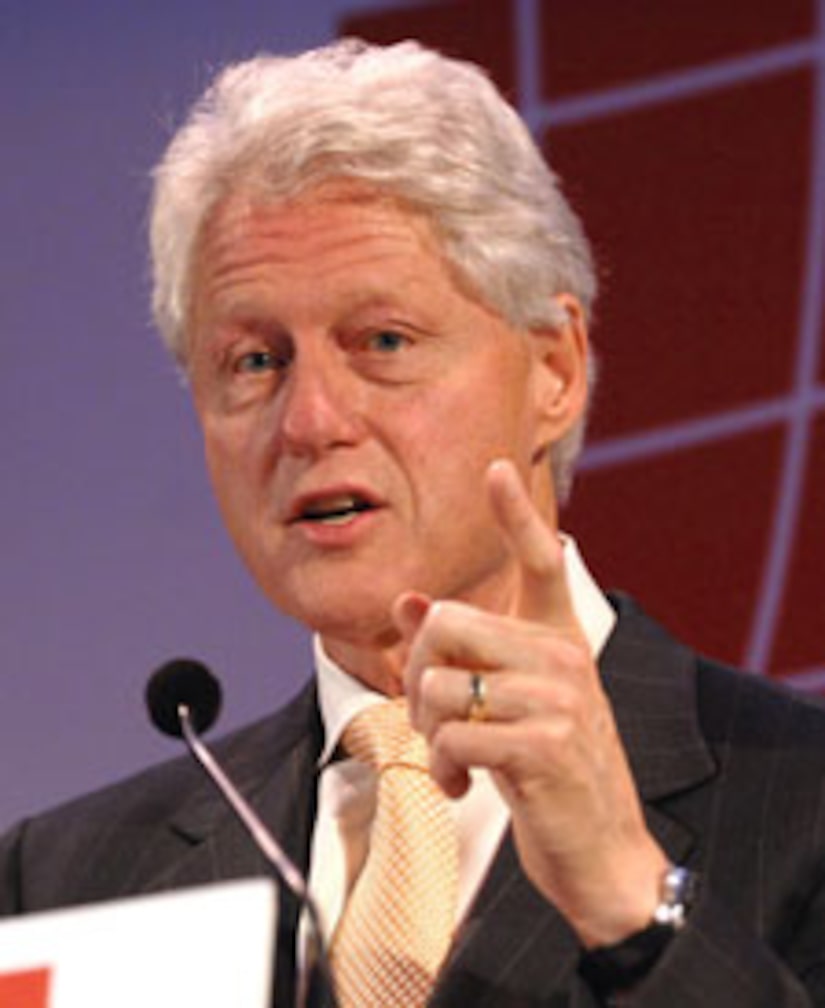 Whispers of womanizing, out-of-control anger and new explosions of presidential proportions -- "Extra" is going inside the latest Bill Clinton bombshells that have the ex-Commander-in-Chief's blood boiling!

Purdum -- who is the husband of Bill's former Press Secretary Dee Dee Myers -- claims in a recent exposé that the demeanor of the ex-Prez took an angry turn after his 2004 quadruple bypass surgery -- and that friends and former aides are worried about the crowd surrounding the 61-year-old statesman.

The unnamed sources are apparently concerned about a post-Lewinsky affair. Purdum said on the "Today" show, "One former aide was so concerned about the rumors... that he wanted to let the president know this was a topic of discussion."

Hillary Clinton's camp has issued an apology for her husband's outburst -- the latest twist in her campaign -- which now appears to be reaching an end... maybe.