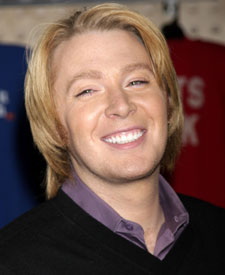 Clay Aiken -- becoming a daddy?! That's the hot dish in town -- that the "Idol" alum is prepping for fatherhood -- with best friend Jaymes Foster. The story, first broken by TMZ, has been confirmed to People magazine by Bill Vigars, the rep of musician David Foster, who is the older brother of Jaymes.

"The story is true," says Vigars, "It is true Clay is the father. She was artificially inseminated by Clay. She's due in August." He adds, "They have been friends ever since 'American Idol,' when they worked together."

In addition to being close friends with the music sensation, Foster was also the executive producer of Aiken's third album, "A Thousand Different Ways."