After five days of tanning and riding ATVs in Costa Rica as a guest of Mel Gibson, Britney Spears is back in the states. The 26-year-old singer had been vacationing with father/conservator Jamie and Mel and his wife. Spears returned to the Bob Hope Airport in Burbank on Tuesday. 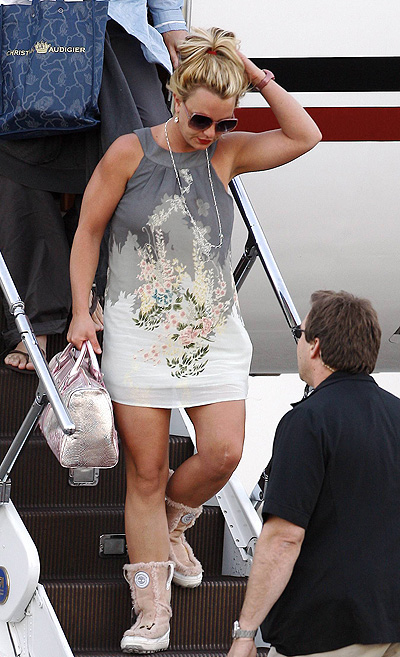 Britney, whose star has been back on the rise, is receiving emotional support from Gibson and his wife, who are her former neighbors. Mel hosted the Spears family at his 402-acre ranch on the Pacific coast.

Spears was snapped lounging in a bikini and enjoying the tropical paradise with her father, friends -- and one man in particular -- her William Morris agent, Jason Trawick, who also joined the gang and was spotted splashing in the waves with Miss Spears.