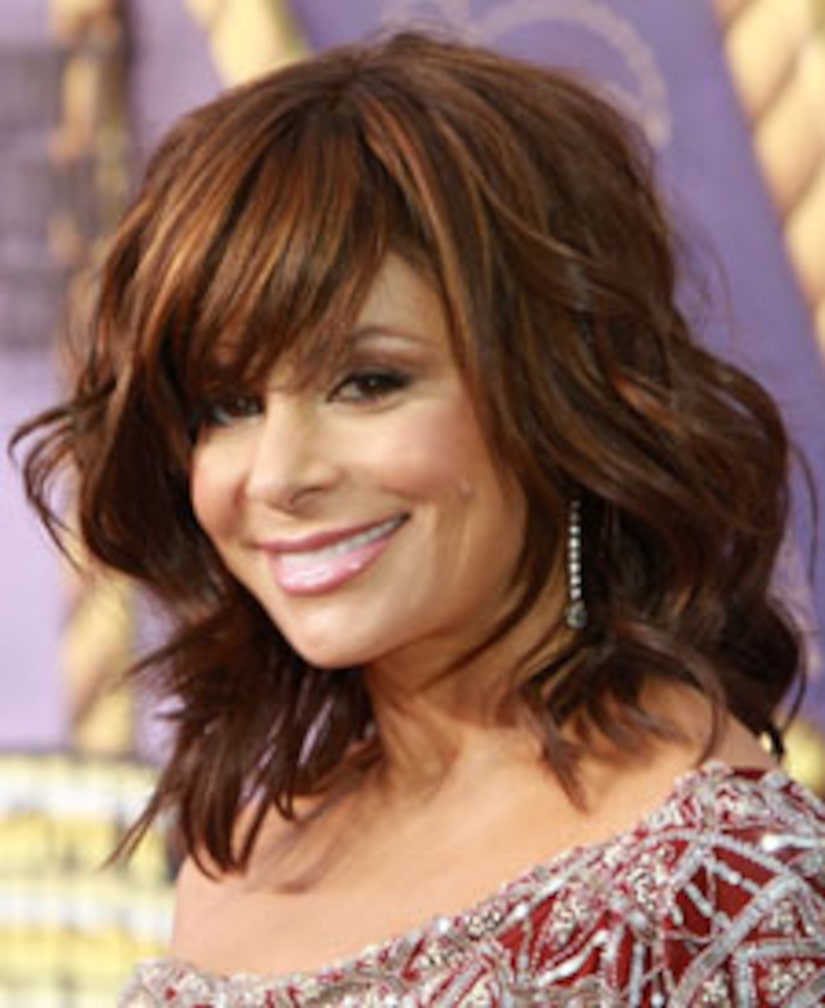 Is Paula Abdula jumping reality show ships? After she was spotted with "Extra" correspondent Terri Seymour in the "Dancing with the Stars" audience last night -- a red hot rumor has been rhumba-ling through Hollywood.

The kindhearted "Idol" judge would be willing to shake her money-maker for the competition -- but reveals to OK! magazine that her desire to hit the dance floor is just that for now -- a wish. "I'm just hypothetically thinking about it," she dished, adding, "I'm a huge fan... it would be a phenomenal experience for me to be a student and to learn a form of dance that I've never been introduced to."

The "Straight Up" singer insists that she won't ever leave "American Idol" for the Foxtrot -- if she ever joined the cast of "Dancing," it would have to be during "Idol's" off-season.