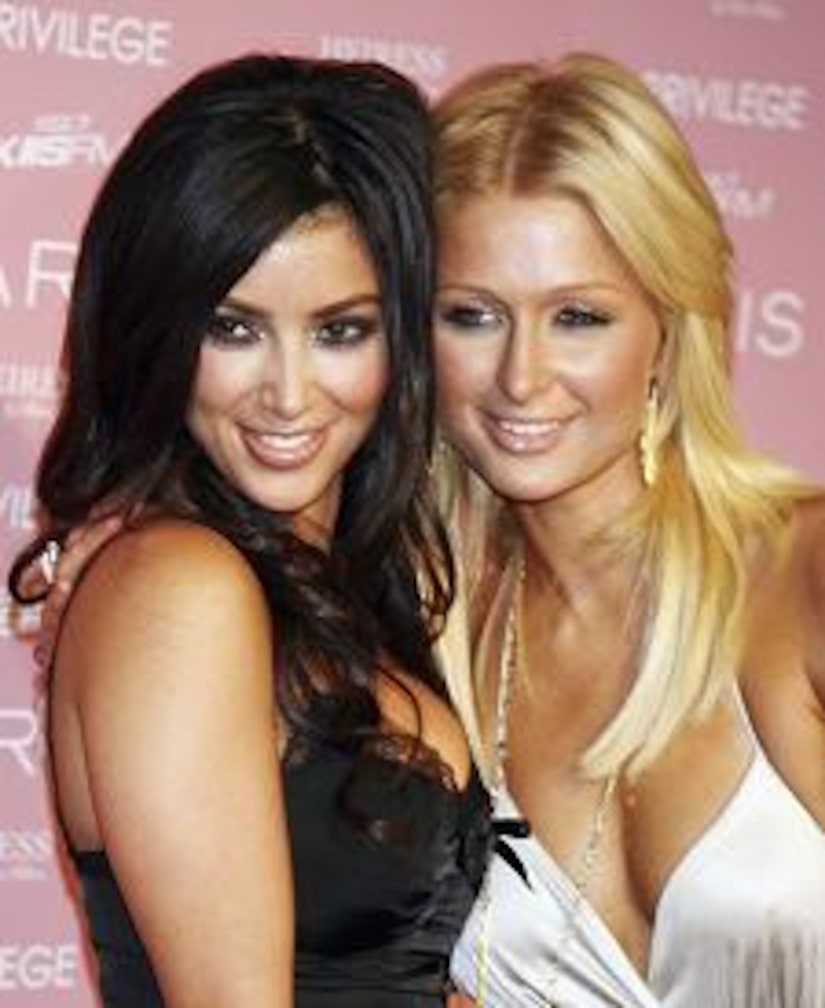 Former BFFs Paris Hilton and Kim Kardashian rarely speak about the feud that ended their friendship, but Paris took a jab at the busty reality show vixen on Las Vegas' 98.5 KLUC "Chet Buchanan & The Morning Zoo."

When asked if she would want to possess Kardashian's booty, Ms. Hilton demurred, saying, "I would not want that, that's gross. It's disgusting." Continuing her rant, the "Hottie and the Nottie" star added, "It reminds me of cottage cheese inside of a big trash bag." Dairy derrière!

The station gave the heiress other celebrity body part options, including Jessica Simpson's breasts, to which she responded, "I like how mine are. I don't like big boobs, I think they're too... big." Paris is nothing if not profound!