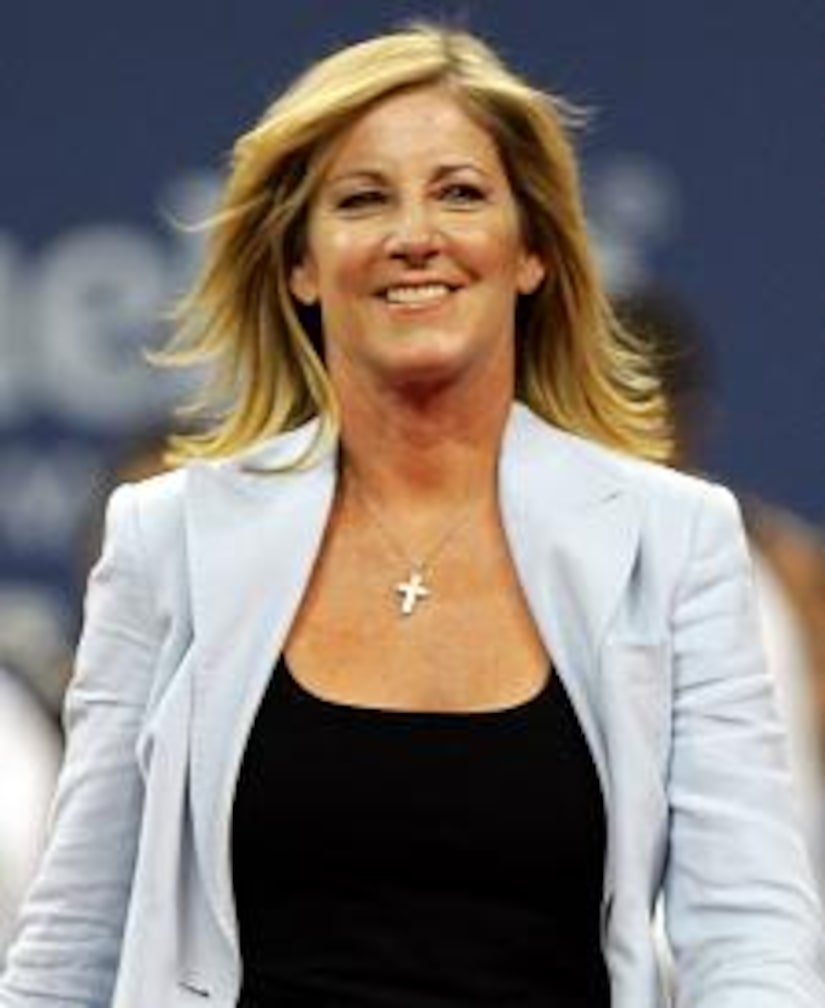 Tennis star Chris Evert proudly showed off a new prize on Oprah yesterday -- an engagement ring from golf pro fiancé Greg Norman! Evert held out her left hand to Oprah, who praised the new bling, saying, "It's pretty, it's not gaudy, it's beautiful."

The rock's size even impressed the chatty hostess, who said, "It's big, but not too big for your finger!" The net champ, 54, has yet to set a date, but hubby-to-be Norman, 53, is excited to say "I do!" He told Golf magazine, "We enjoy each other's company immensely."

The pair announced their decision to marry last year, after splitting from their respective spouses in '06, but Chris' ex-flame Andy Mill had nothing but praise for the blushing bride-to-be. He told "Extra," "I wish them nothing but happiness and paradise."