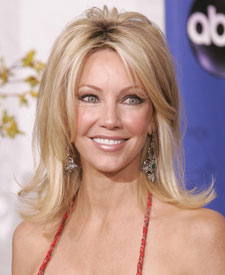 "Extra" has obtained the 911 call made the day police responded to Heather Locklear's Los Angeles home.

A man claiming to be her doctor can be heard saying, "I have a patient and I have a feeling she's suicidal. And I would want someone to go [check on her]."

Though several tabloids have claimed that Heather, 46, tried to take her own life, her rep insists she was never suicidal.

"[I] spoke with Heather and she is fine," the rep told "Extra" after Saturday's incident. "She never requested medical assistance and did not place a 911 call. Nor did anyone from her house call 911 or place a call requesting medical assistance."

Officials confirmed that police responded to a call for a suicidal subject, but the call didn't come from her home -- and nothing was awry when paramedics arrived.