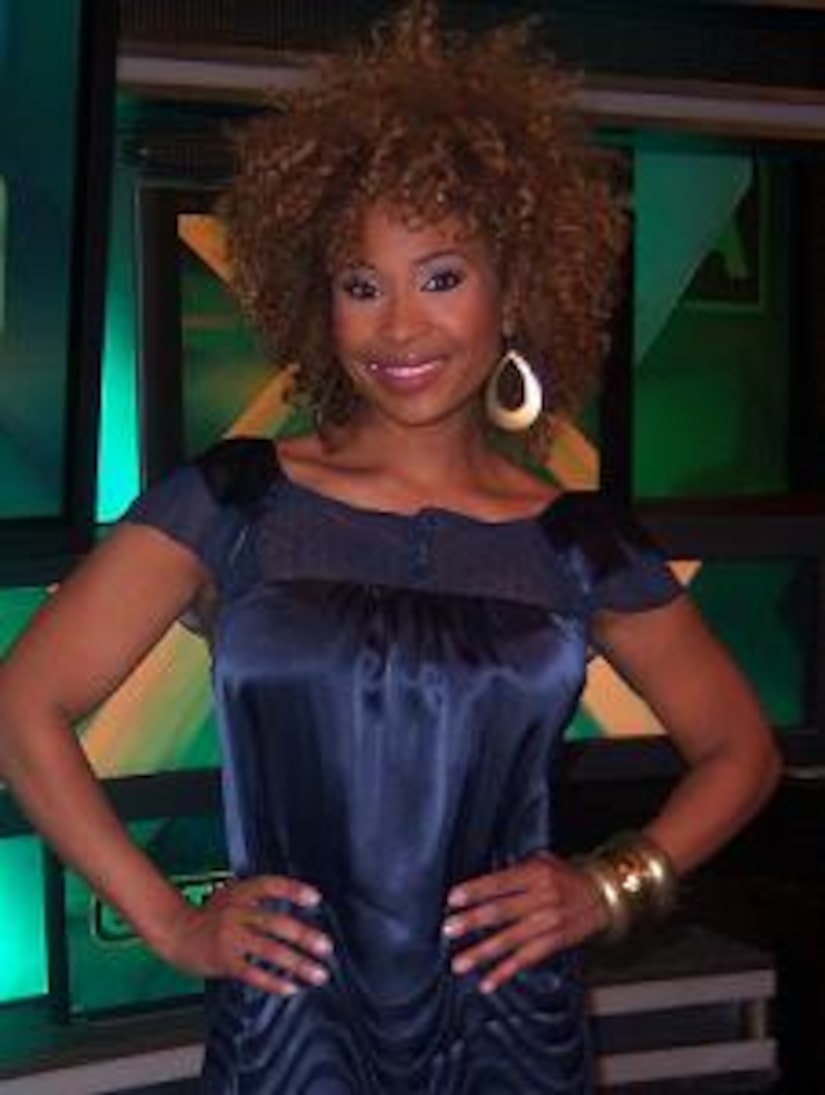 That brilliance came out the mouth of the ever on point Jerry Penacoli. I have to give him props. The weather was as unpredictable as this year's award season. But The SAGs did go on. I expected the awards to be one big fashion statement and it was. Everyone did their best to "work it" on the red carpet and I was super thrilled to get an up close look at the designs. I'm what you call a fashion junkie. Not the lame type that spends all her money on everything with a fancy label.... NOOOO. I'm the flavor of fashion girl who loves to admire fashion as art...I actually have a dress form (the headless mannequins they drape fabric on in project runway) In my Living room that I adorn with my favorite outfit of the week.

The colors on the red carpet were vivacious and yummy. From Marcia Cross's turquoise goddess dress to Vanessa Williams golden yellow column dress, The ladies came to look fabulous and have a great time. For most of the television cast it was a reunion. There were many actors who said the one thing they were looking forward to the most was seeing their tv family again.

Fashion Standouts outside of the ones I mention earlier were .....

Laura Leighton-Melrose Place alum and married to Doug Savant of Desperate Housewives-her dress wasa fun cute navy blue ballerina type dress and I loved it so much I almost freaked her out with my enthusiasm...No seriously. It was an out of body experience when I saw her dress...goosebumps and everything!!!

Amanda Bynes- so sweet and young and her dress was age appropriate. She wore a princessy emerald green dress by Marchesa and even did her hair like the princess bride for punctuation..really cute!

Angelina Jolie- well the dress was a big couture muumuu but its Angelina and she's gorgeous in whatever.

Christina Applegate- she was not feeling well the day of the SAGs but you wouldn't know it by looking at her. She wore a silver beaded throwback to old Hollywood that had 2 flirty beaded tiers at the bottom that made her want to dance.

Alright so many dresses So little time . I gotta run to a shoot but not without giving a big shot out to

He's the only man on my hot list. I have to admit I never really paid attention to him before. BUT everything changed on Sunday when I saw him at the SAG awards. He's become HOT. Maybe Penelope Cruz upgraded his style. Whatever it is... he has been officially added to my Manly Men Hotties in Hollywood list . That list isn't too long. Just Javier and Clive Owens on it right now. Oh and the bald guy from the Italian job . manly men rule..