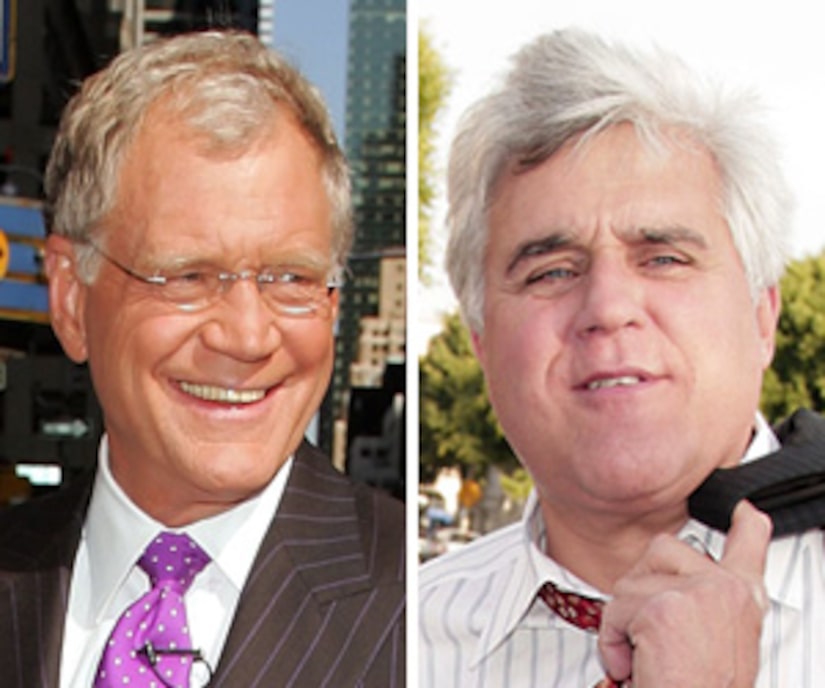 Joking that he looked like "a cattle-drive cook," he told the audience, "Ladies and gentlemen, two long months, but by God, I'm finally out of rehab."

Letterman was able to bring the "Late Show" back after his company struck a special deal with striking writers.

"Ladies and gentlemen," Letterman said, "the only show on air now that has jokes written by union writers. I know you're at home asking yourselves, 'This crap is written?'"

Jay Leno, on the other hand, returned without his writing staff and was forced to ad lib.

"A Jew, a Christian and a Muslim walk into a bar," he said. "The Jew says to the Muslim - see, I have no idea what they say, because there's a writers' strike."

Conan O'Brien also sported a beard and was left with time to kill. He spun his wedding ring around his finger for thirty seconds and threatened to dance naked.

The WGA strike, which launched Nov. 5, has seriously disrupted the entertainment industry. The Golden Globe Awards will proceed without writers and with a magazine-style format, while several stars have said they won't cross the picket lines to attend this season's awards shows. Many shows have gone dark, and film production has been postponed.