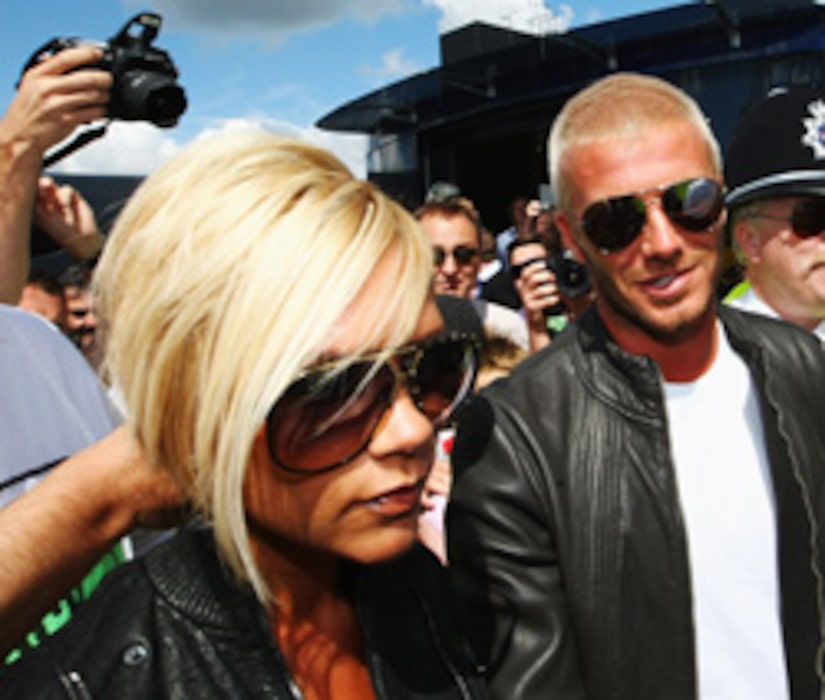 David Beckham has set tongues wagging with the unveiling of his super-sexy Armani underwear ad. But the jaw-dropping photo has sparked rumors that he was digitally enhanced, and now his wife Victoria is rushing to defend his manhood!

Victoria told the U.K. press, "He does have a huge one, though. He does. You can see it in the advert. It is all his."

Posh even goes so far as to scream, "It is like a tractor exhaust pipe!"