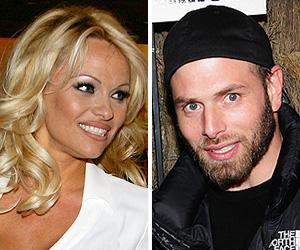 Pam Anderson has filed for divorce from Rick Salomon, her husband of two months, according to Celebtv.com.

Pam and Rick got married in October in a quickie Vegas ceremony. The pair had known each other for 15 years before tying the knot. This was the third marriage for both.

Just last month, Pam told "Extra" that she was happy, saying that she takes their marriage one day at a time.