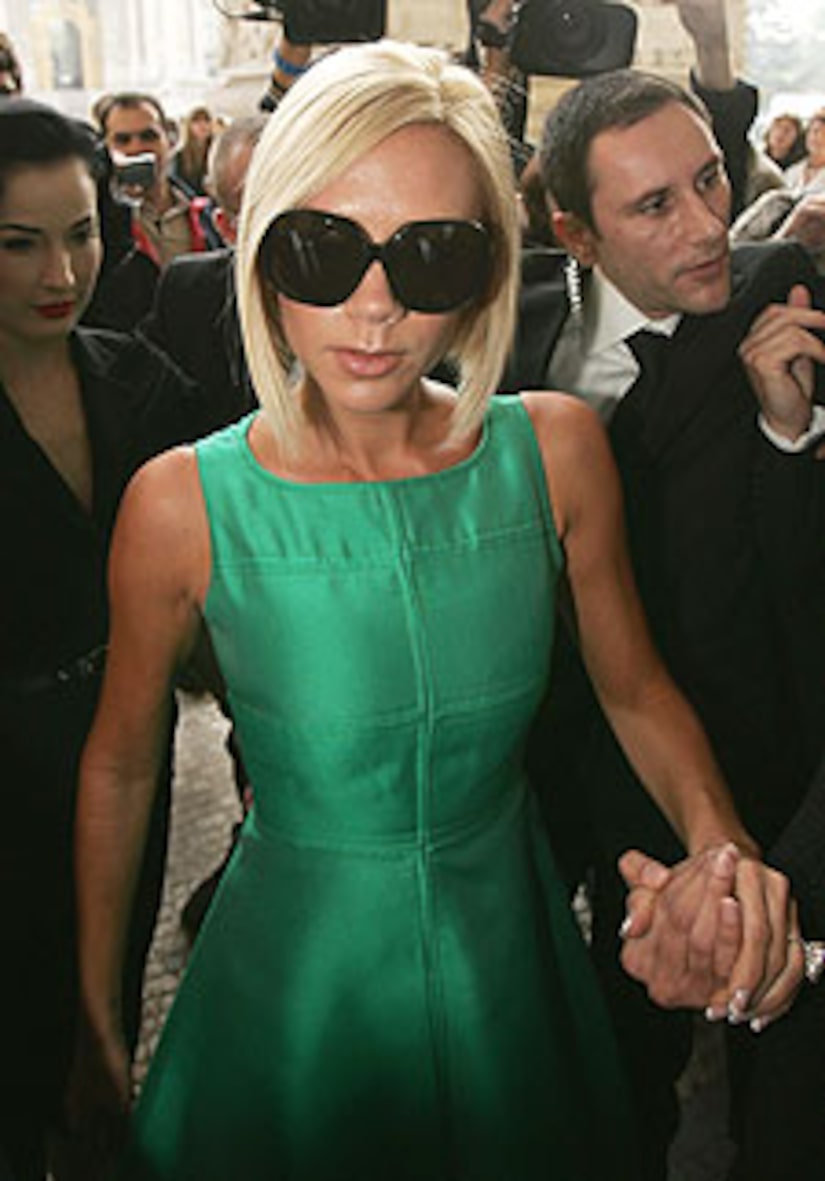 Is Posh pregnant or not?

The rumor mill continues to turn that Victoria Beckham is expecting her third child with hubby David, despite repeated denials from her rep and Victoria's own insistence to Larry King that she's not.

But her fellow Spice Girls haven't done much to quell the rumors!

At a concert last week, video captured Geri "Ginger Spice" Halliwell pointing to Posh's belly and yelling something that sounded like "She's pregnant."

Victoria has made no secret of her desire to have another baby. Last month, she told Ellen DeGeneres, "I would like a girl. It would be great.”

She and soccer stud David already have three boys, Brooklyn, 8, Romeo, 5, and Cruz, 2.