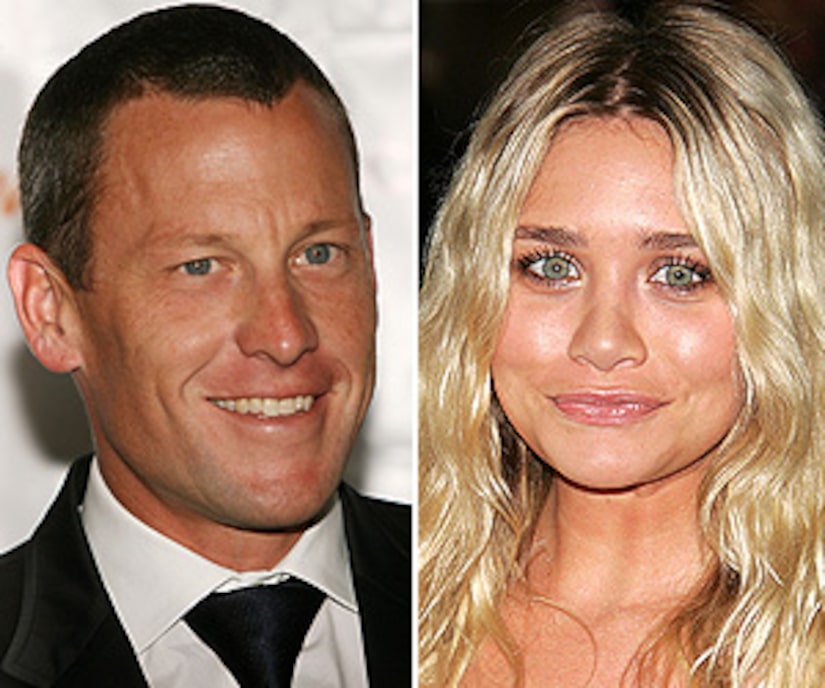 Despite widespread reports that the two have sparked a romance, Lance Armstrong is insisting that he's just friends with Ashley Olsen.

"Ashley Olsen and I are strictly friends," he tells the New York Post. “We have hung out amongst other friends, and she strikes me as a nice, smart lady."

Lance, 36, and Ashley, 21, have been spotted around New York enjoying romantic meals and swanky hotel trysts. One wild report claimed Lance brought Ashley to his daughter's classroom for show-and-tell.