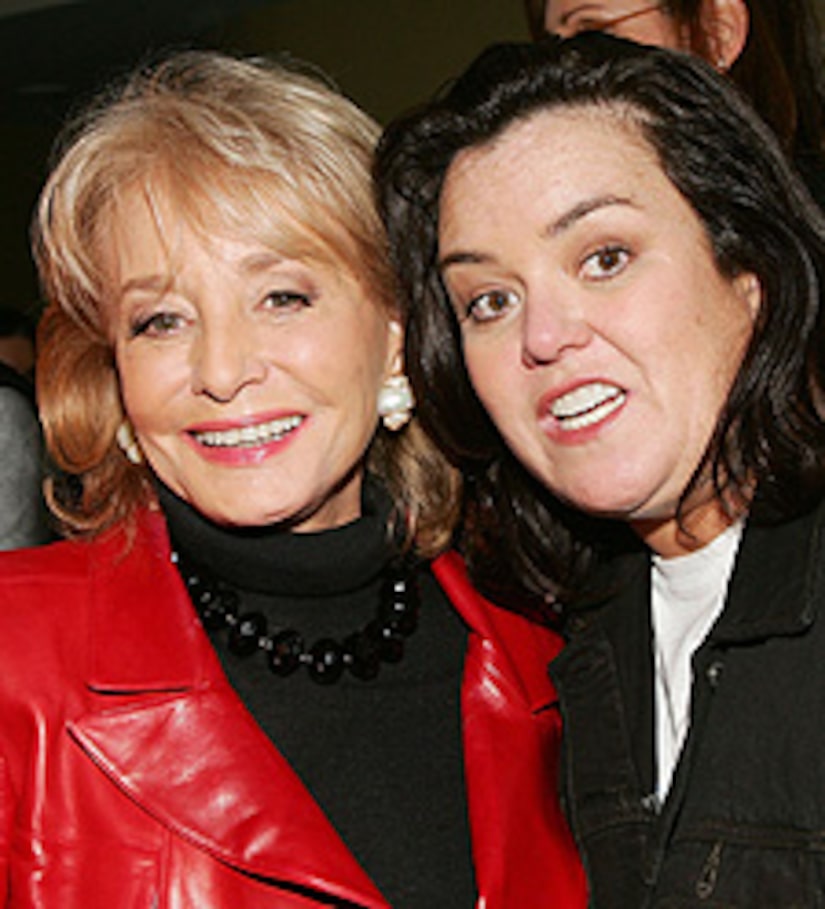 As rumors swirl that Rosie O'Donnell will soon be landing her own TV show, Barbara Walters is telling “Extra” that she supports the decision.

“I think it's wonderful that Rosie might be getting her own show, if it turns out to be the case, and she would very good at it,” Barbara said. “Rosie is a marvelous talent and when she can do her own show she will be perfectly happy.”

Rosie is reportedly in talks to host a primetime talk show on MSNBC. The time slot would pit her against CNN's “Larry King Live” and Fox News Channel's “Hannity & Colmes.”